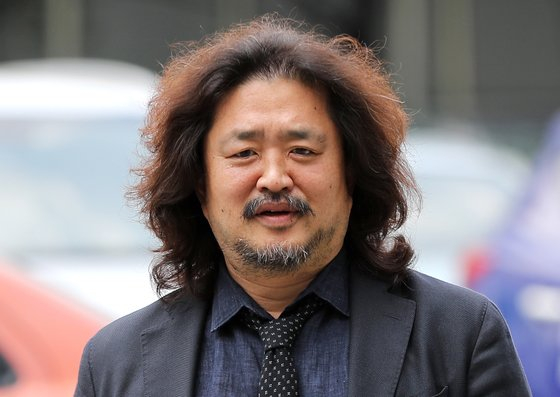 
A public petition to the Blue House, demanding a city-sponsored radio station kick out a controversial news show host for his political bias towards President Moon Jae-in, is receiving massive public support.

“TBS of the Seoul Metropolitan Government exists to offer real-time city traffic information to avoid jams,” wrote the petitioner. “Kim, however, has deeply influenced elections and politics by supporting a particular political party while bluntly attacking opposition parties and their politicians.”

The petitioner said listeners have been angry about his political bias and wanted to replace Kim, but Kim claimed such a demand was discrimination.

Complaining that the TBS has long been political, the petitioner said “Kim must step down from the show."

Established in 1990 as a traffic broadcasting arm under the Seoul Metropolitan Government, TBS became independent in February last year. Over 70 percent of its funding, however, comes from the city government, making it not financially independent.

Last year, the program was ranked with the highest listenership among all radio shows broadcasted in the greater Seoul area, but it has faced criticism for its political biases, particularly against the main opposition PPP. It has received several warnings from the Korea Communications Standards Commission for unfair reports.

Kim, 54, operated a political satire website in 1998. He became an influential figure in Korea’s politics when he started a podcast in 2011.

The podcast, "Naneun Ggomsuda" — or "I'm a Petty-minded Creep" — was co-hosted by Kim and three other politically like-minded figures. It mainly ran satires against then-President Lee Myung-bak and other conservative politicians.

Over the past year, Kim has faced strong condemnation for having aired politically biased comments supporting the Moon administration and the ruling Democratic Party (DP) or conspiracy theories.

When Lee Yong-soo, a survivor of Japan's wartime sexual slavery and longtime activist for the victims, made a bombshell revelation in May last year that DP Rep. Yoon Mee-hyang had exploited her and other survivors for decades, Kim said during his radio show that someone must have forced Lee to make public distorted information.

Ahead of last week’s mayoral by-elections, Kim allowed five anonymous whistleblowers to appear on his show and make public accusations against the PPP’s Seoul mayoral candidate Oh and Busan mayoral candidate Park Heong-joon. No rebuttals by Oh or Park were aired at the time, fueling public anger about his fairness.

During his election campaign, Oh complained about the show’s bias. “TBS was established to offer traffic and lifestyle information,” he said in a media interview on March 28. “If I am elected as mayor, Kim can continue hosting the show, but he must offer traffic information.”

After Oh was elected, Kim said many believe that he will be expelled from TBS, but he will continue to host the show.