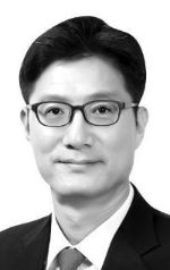 History finds an equilibrium in ways unfathomable to human comprehension. In 2011, Seoul Mayor Oh Se-hoon played a high stakes gamble of holding a referendum on free school lunches, which he opposed. When turnout was abysmal, he was forced to relinquish his job, a major setback for the conservatives. An unexpected liberal candidate — human right lawyer and civic activist named Park Won-soon — won the by-election to replace Oh and held onto the job for three terms. The capital turned into a sure support base for the liberals. But after 10 years, Oh won a by-election and took back the post he surrendered to Park, whose longest-ever mayoral tenure came to an end with his suicide over sexual harassment charges.

It may be premature to regard the defeat of the ruling Democratic Party (DP) in the April 7 by-elections in Seoul and Busan as the beginning of the end for the liberals. But it certainly looks that way. The DP incurred the wrath of the voters because they were arrogant and self-righteous. After it slam-dunked all four major elections since 2016, the DP acted as if it commanded a dynasty. The DP used to be agile and lean. It has grown fat and pompous.

Lee Hae-chan, former chairman of the DP, stands at the peak of self-indulgence. Appearing on a pro-DP YouTube channel last month, he said he previously thought the April by-elections would be tough, but found them to be easy. His pride was bewildering since all polls showed the ruling party lagging behind the opposition People Power Party (PPP) by large margins.

Since the DP leadership was so self-engrossed, it could not help a campaign screaming with desperation. On the inside information scandal involving the Korea Land and Housing Corp. (LH), Lee claimed the upper stream had become clean, but wrongful practices remained in the lower stream. It seemed he was determined to fuel public fury. The scandals involving former presidential policy chief Kim Sang-jo and Rep. Park Ju-min over their hikes in rents on tenants before a new law capping rent fee rates went into effect showed the upper stream was equally muddy.

Kim Tae-nyeon, center, acting chairman of the Democratic Party, and other members of the leadership of the ruling party, bow a day after its crushing defeats in the April 7 mayoral by-elections in Seoul and Busan. [OH JONG-TAEK]

The ruling front’s perils are not limited to certain individuals. The DP as a whole has been without shame. It railroaded through a revised election bill ahead of the parliamentary elections last year by breaking the long-held tradition of bipartisanship in revising election laws. When the PPP established satellite parties to ensure enough seats under the new election law, the DP did the same as if to self-deny the very law it had enacted. But no one took responsibility for the excess.

The DP also broke its own rule that bans candidates from running in by-elections for elected posts left vacant because of grave wrongdoings by its party members. It changed its position and fielded candidates for the mayoral posts of Seoul and Busan, whose heads — Park and Busan mayor Oh Geo-don — lost their seats for sexual misconduct. The DP traded conscience, dignity, and common sense for power. It had been complacent about winning the by-elections after its landslide victory in last April’s parliamentary elections. It overlooked that fact that last year’s election was its last chance to make up.

The ruling party’s recklessness has cost it public confidence. The DP blames the LH crisis for its defeat. But the LH scandal was only the tipping point. Its relentless campaign to rescue former justice minister Cho Kuk, neglect for the victim of Park Won-soon, purge of former Rep. Geum Tae-sup, and ganging up on former Prosecutor General Yoon Seok-you all contributed to public cynicism and rage. The DP was oblivious. If the party does not change, it cannot change its destined course, which is to lose power.

Listen to the voice of the people