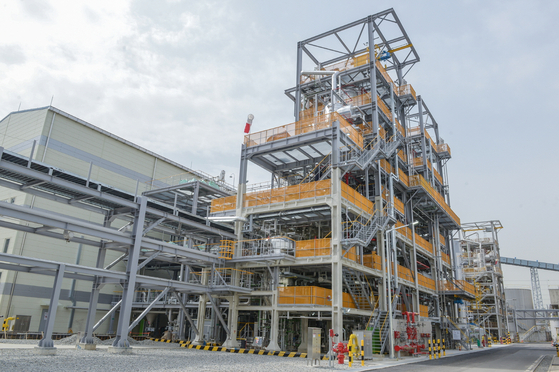 
LG Chem on Wednesday announced it has expanded production capacity of carbon nanotubes by more than three-fold to 1,700 tons a year to meet the rapidly growing market for electric vehicle batteries.

Carbon nanotubes are used in electrode conductive additives for lithium-ion batteries. They are used in batteries, semiconductors and automobile parts.

LG Chem is able to annually produce 1,200 tons of carbon nanotubes at the new factory. In total, it can produce 1,700 tons a year.

Carbon nanotubes manufactured at the new plant are to be supplied to battery makers including LG Energy Solution, a wholly-owned subsidiary of LG Chem.

The company plans to begin the construction of a third carbon nanotube plant this year, “as areas where carbon nanotubes can be applied expand from the rapid growth of the electric car battery market.”

The third plant is also planned to be in Yeosu.

“Carbon nanotubes is a business with a huge potential, as they are used in various products apart from batteries,” said a spokesperson for the company in a statement. The company, therefore, “plans to become a global leader based on expanded production capacity and competitiveness in quality.”

Demand for carbon nanotubes is projected to annually grow 40 percent to 20,000 tons in 2024 from 5,000 tons last year, according to industry projections.