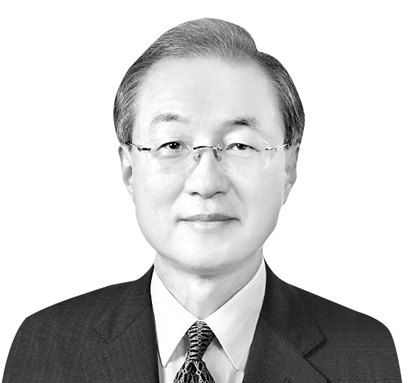 
Discussions on the Comprehensive and Progressive Agreement for Trans-Pacific Partnership (Cptpp) have become frequent lately at home. They are mostly focused on the benefit and timing in joining the multinational trade framework. The Cptpp signed by 11 countries — Japan, Canada, Australia, New Zealand, Mexico, Peru, Chile, Singapore, Vietnam, Malaysia and Brunei — went into effect from late 2018. Although Korea has not joined it, it has free trade agreement (FTA) with nine of the members except for Japan and Mexico.

Korea has taken an interest in free trade deals in the 21st century. It signed its first FTA with Chile in 2002. Upon taking office in 2003, President Roh Moo-hyun went on to design a roadmap on free trade agreements and first sought one with Japan and Mexico. But negotiations that took off with Japan in 2003 broke by the end of the year due to strong differences over agricultural market opening. An FTA with Mexico also did not progress due to little interest from the Mexican government.

Exports to the United States that accounted for 35 percent of Korea’s total outbound shipments in the mid-1980s dropped to as low as 10 percent by 2010. At the time, Korea’s trade experts raised concerns for waning international competitiveness of Korean products. The government sought an FTA with the United States for a breakthrough and another FTA with the European Union. Since then, Korea has struck 17 FTAs with 57 countries including China. According to the Ministry of Trade, Industry and Energy, Korea has FTA access to economies that make up 78 percent of the global gross domestic product (GDP) to rank No. 3 following Chile and Peru. 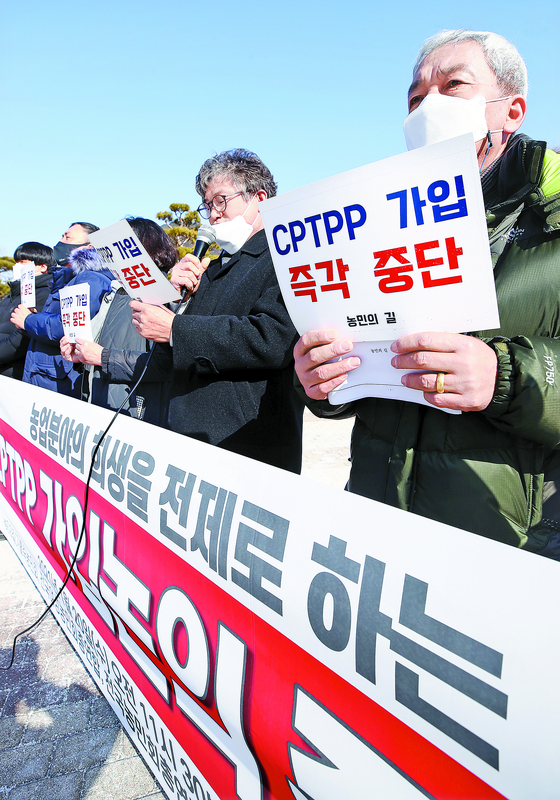 A group of farmers stage a rally in front of the Blue House to oppose the government’s discussion on Korea’s participation in the Comprehensive and Progressive Agreement for Trans-Pacific Partnership (Cptpp). [YONHAP]

Korea was 10th in GDP, 9th in trade and 7th in exports in the world as of 2020. Based on that data, Korea can enter the ranks of the G10. The government should redesign its external trade strategy in tandem with the country’s economic ascension. Korea must move beyond expanding export markets and reflect national interest by aggressively participating in shaping a new global trade order. It must exercise its leadership in drawing up international commerce rules and join high-level multinational trade accords to upgrade its economic relationship with other countries.

The United States-Mexico-Canada Agreement (Usmca) and the Cptpp have introduced new standards for digital commerce, labor, environment and state enterprises. Since Korea has trade relationships with most members of FTAs, the new international trade norms will have considerable ramifications on Korean companies.

Multinational trade agreements based on regions are important for their “rules of origin” guidelines. Under the guidelines, products made out of raw or intermediary materials of other member countries can benefit in term of exports. But a bilateral FTA offers benefit only when products are made from raw materials or parts from a member country when it exports to the other party.

For instance, Korea must use Korean raw materials to get exempted from tariffs in exporting to Canada under their bilateral FTA. However, Japan, a member of the Cptpp, can use materials or components from other member countries like Mexico and Vietnam when it exports to Canada under the Cptpp agreement. Non-members can be disadvantaged in the supply chain.

Cptpp membership also could work as a breakthrough in Korea’s diplomatic stalemate with Japan. Since China also has shown interest in the Cptpp, Korea’s joining won’t likely stoke discomfort with Beijing. Washington won’t likely rush to join Cptpp due to multiple domestic issues. Other key Cptpp members like Australia, Canada, New Zealand, Chile and Singapore are known to welcome Korea, their FTA partner.

Korea’s membership in the Cptpp could face a setback at the early stage, but will bring more benefits in the longer-run. It will help local companies to better respond to new international trade rules and position themselves more favorably in trade and manufacturing activities overseas. Given various factors, Seoul has no reason to stall in joining the Cptpp. Since Britain has formally filed for membership in the Cptpp, member countries will review new membership. I hope that Korea speeds up its filing and enter negotiations with other members on entry terms as soon as possible.