Through April 25: Musical Gwangju, which tells the story of Korea’s May 18 Democratic Movement that occurred in Gwangju in 1980, is being staged at the LG Arts Center, prior to commemorating the upcoming 41st anniversary. The musical was produced by the Ministry of Culture, Sports and Tourism, and Gwangju Metropolitan City last year to mark the 40th anniversary.

The story is told through the eyes of a character named Park Han-su, a member of the military who gets sent to Gwangju to suppress the uprising. Instead of directly fighting the protesters, he is ordered to spy on them and encourage them to take violent actions so that the military will have an excuse to suppress them. But after witnessing the people's heartfelt desire for democracy, he decides to take their side, and help them. The musical is directed by veteran playwright and director Koh Sun-woong.

For the upcoming production, Min Woo-hyuk and CNU from B1A4 will alternate the role of Park. 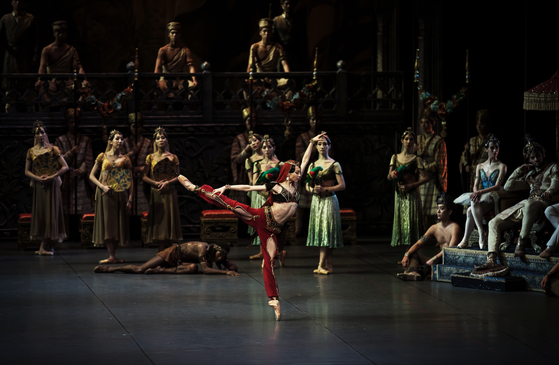 
April 27 – May 2: A new staging of choreographer Yuri Grigorovich's "La Bayadère" has been one of the Korean National Ballet Company's signature repertoires since its premiere in 2013. The state-run ballet company is bringing this blockbuster piece, which requires spectacular staging and 120 dancers to Seoul Arts Center in southern Seoul for the first time in five years.

Set in India, "La Bayadère" tells the story of eternal love, mystery, fate, vengeance and justice. For the upcoming production, four couples alternate the roles of Solor, a noble warrior and Nikiya, a temple dancer.

The four couples are; Park Seulki and Kim Ki-wan, Kim Li-hoe and Park Jong-seok, Shin Seung-won and Heo Seo-myeong and Park Ye-eun and Ha Ji-seok. All dancers are principal dancers of the Korean National Ballet, except Ha, who is a soloist.

Although he's internationally known as a conductor, Chung is in fact the first Korean to take second place at the 1974 Tchaikovsky Piano Competition in Moscow. He's performed on the piano while being an active conductor but held back from holding recitals as a pianist.

After releasing his first piano album through ECM in 2013, Chung went on tour the following year. Chung will be dropping another piano album next month through Deutsche Grammophon, which includes "Haydn Piano Sonata No. 60," "Beethoven Piano Sonata No. 30" and "Brahms: 3 Intermezzo, Op. 117." During the upcoming recital, he'll be introducing the pieces on the album.

According to the 68-year-old musician, his 2014 album was "composed of music that he wanted his grandchildren to listen to." In the upcoming album, however, Chung said he wanted to "express different sides of life through music."

April 28 - May 2: For those stuck in the nation amid the coronavirus pandemic, unable to go and enjoy performances in Europe, the LG Arts Center decided to bring the Avignon Festival, a world-renowned performing arts festival that gets held in France every year, here.

Five film versions of the performances that were once performed at the Festival d'Avignon will be presented, including "Hamlet" directed by Thomas Ostermeier, "My Cold Room" by Joel Pommerat, Shakespeare's "King Lear" by Olivier Py, "Thyeste" by Thomas Jolly and "Cesena," which will be presented by dance ensemble Rosas. 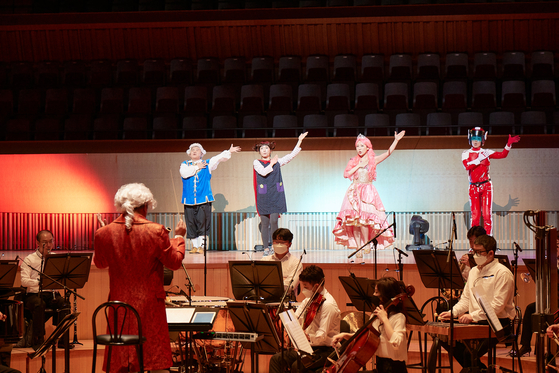 May 4: Lotte Cultural Foundation, together with LG U+ is presenting an online classical music concert just in time for May 5 Children's Day. Kids' one of favorite characters Kongsuni will be joined by another popular character Secret Jouju to meet Mr. Mozart.

The renowned musician will introduce his popular works to the animated characters and even stand on the podium to show the characters how he works with the orchestra.

On top of classical scores, theme songs of Kongsuni and Secret Jouju will also be played by the orchestra under the baton of Mr. Mozart.

The online content will be available for purchase from April 21 and will air on May 4 via LG U+.

The concert begins at 9 p.m. 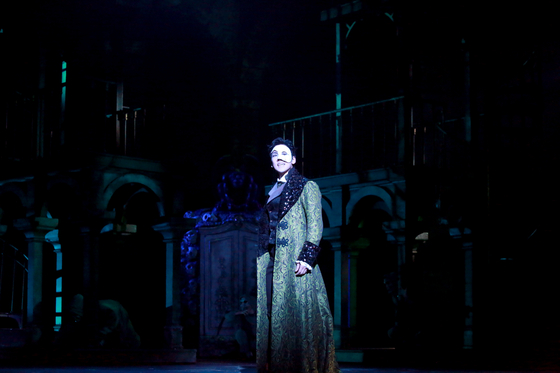 Musical ″Phantom,″ featuring Kai, pictured above, is currently being staged at the Charlotte Theater in southern Seoul. [EMK COMPANY]

Although he has outstanding talent as a singer, Phantom has to hide underneath the opera theater with his face covered by a mask because a deformity.


Through July 18: The Korean production of a hit musical "Chicago" is being staged at the D-Cube Arts Center in western Seoul.