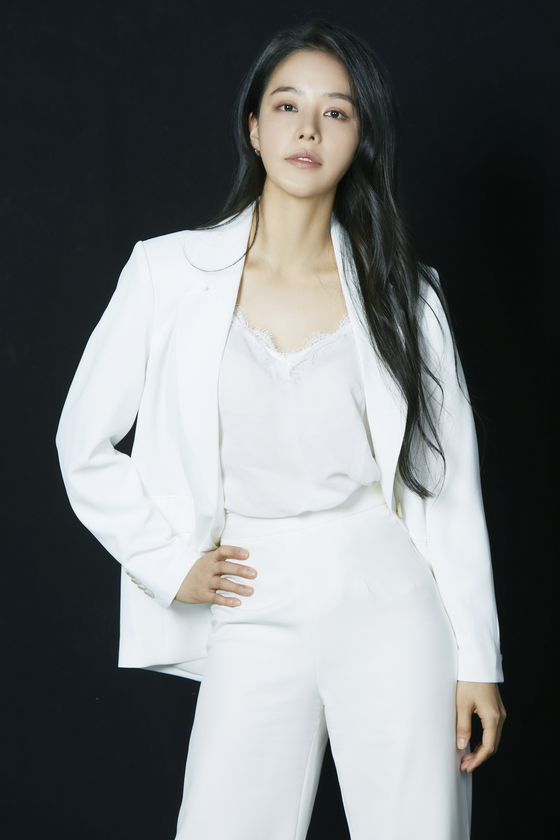 She recently hit the silver screen with her second lead role in the movie “Slate,” which was released on April 8. The fantasy action film tells the story of a girl named Yeon-hee, an actor who dreams of becoming an action star but finds herself in a parallel universe ruled by swordsmen. 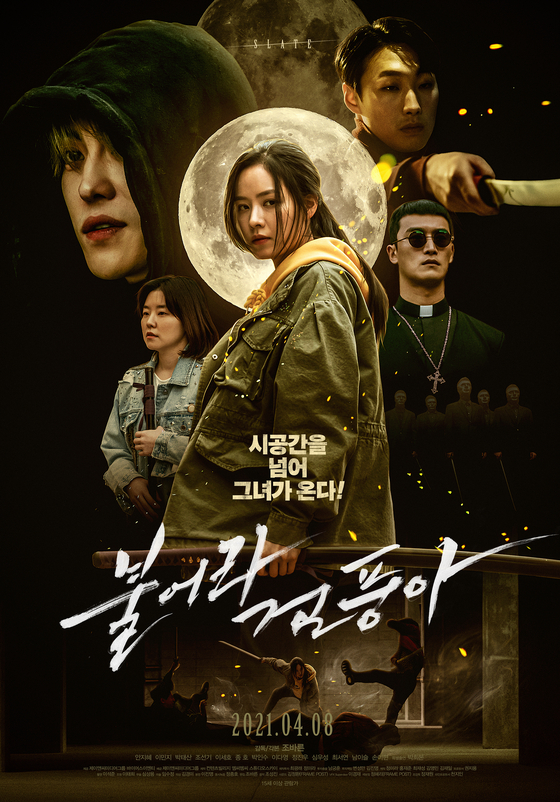 
Ahn's first lead role was in the 2019 film “Our Body” when she played a beautiful city girl with an unstable life. This time, she portrays a completely different character who is humorous and quirky. She shows a different side of herself while captivating audiences with her sword skills.

In a way, Ahn has been preparing for this role for a long time. She majored in gymnastics at Korea National Sport University, but quit the sport to pursue her dream of becoming an actor. Her 10 years of experience as a gymnast were an asset for her acting. She did all of the intense action scenes in “Our Body.”

Ahn recently sat down for an interview with the Ilgan Sports, an affiliate of the Korea JoongAng Daily. 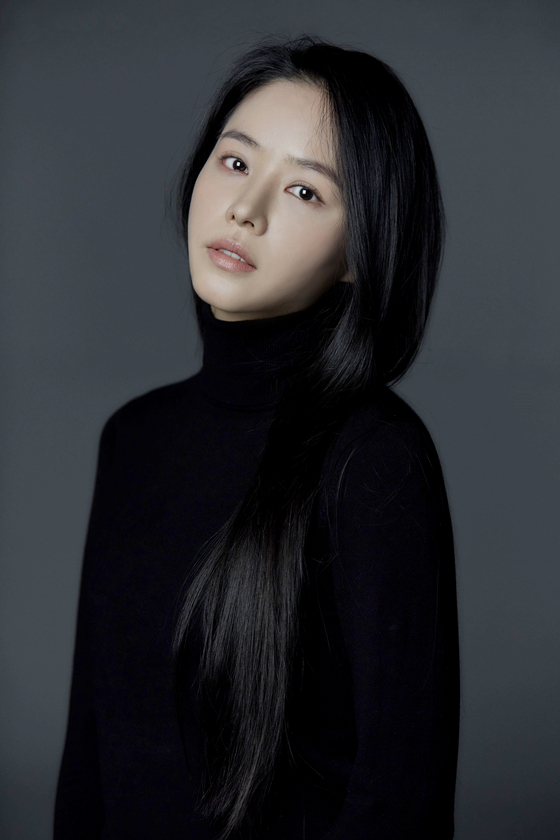 Q. You play the only lead character in “Slate.” Did you feel pressure because of that?


A. Since it is an action film, I did feel pressure. I felt a sense of responsibility to do things well. Yeon-hee is the sole lead character, but during filming I always thought that every character was the protagonist.

“Slate” is quite a unique film. What did you think of the plot?


People around me tell me that it’s unique, and that a lot of people enjoyed it immensely. The plot of slipping into a parallel universe and the unpredictable characters are fun. Many of the reviews say they enjoyed the comical yet cool action scenes.

The film almost feels like a play. What did you think when you first read the script?


It’s the type of script I’ve always wanted to come across, but also thought would be hard to find. The plot includes fantasy, action scenes by female characters, good triumphing over evil, and a happy ending plus comical elements. I felt grateful to the director for offering me this role.

What made you decide to star in “Slate”?


I first met the director at a company meeting. The next day, he contacted me to ask something about action. We had been talking before he even wrote the script of “Slate,” and he told me that he wrote the script with me in mind. That’s how I ended up joining the cast. So I was convinced it would be fun before I even read the script.

How did you train for action scenes?


The entire cast trained together for over two months. The martial arts director produced the action choreography and we practiced that. After action training, we did cold reading. It’s a low-budget film that finished shooting in 20 shoots, so everything had to be all set and ready before the cameras started rolling.

It must have been challenging to film intense action scenes in only 20 shoots.


I did feel pressure, especially when it came to being in sync with other actors. I was always focused during rehearsals because if not, actors can get injured. Memorizing the action choreography was top priority. 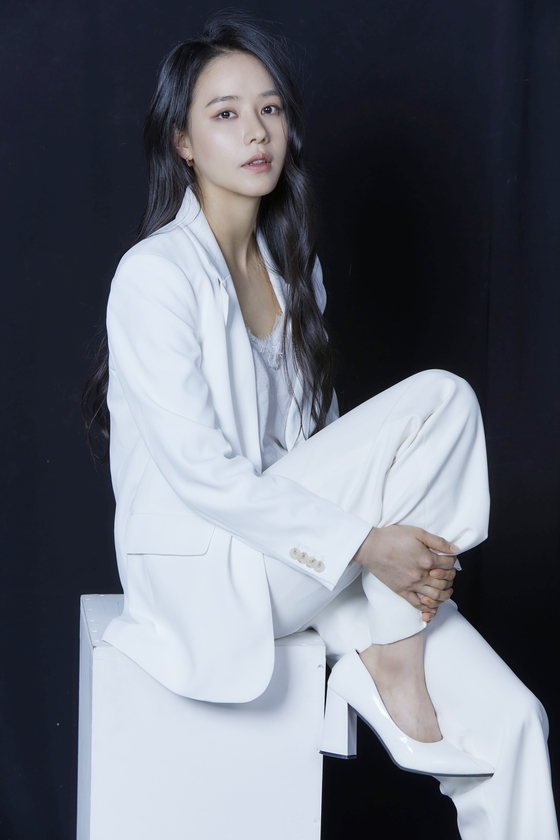 Ahn was a gymnast for 10 years and majored the sport in college, until she decided to become an actor. [FINECUT ENTERTAINMENT]

How much did you work on swordsmanship?


I’m always practicing. I’ll have to use that in future action scenes (laughs). I’m constantly practicing in my practice room and with wooden swords.

The action scenes were intense. Were there any stunt doubles?


There were no stunt doubles. I did them all by myself. I wasn’t afraid; only stressed that I needed to memorize the action choreography quickly and well. I practiced constantly. It’s important for the body to remember [action sequences].

Why do love the action genre?


I did gymnastics from a young age, for over 10 years. I did the sport until I was a freshman in college. Then I started performing in [breakdancing musical] “Ballerina Who Loved a B-boy.” There were talks of a screen adaptation, so all the cast members attended an audition. That was when the director asked me if I would be interested in acting. At the time I wasn’t interested, so I performed in the musical for another year. It wasn’t until around the time I graduated college that I decided to go into acting.

You must have been convinced that acting was your path.


That’s not really the case. I just suddenly thought of what the director [from the audition of “Ballerina Who Loved a B-boy”] said to me. My parents were very against my decision, and it was quite difficult to persuade them. I worked part-time while also attending acting academies to show them [my determination to become an actor].

Your character in “Slate” is the complete opposite from your previous lead role, the depressing character in “Our Body.” How did you change up your acting?


I think I read the script a lot, then tried to understand my role and my character's disposition. After that, I was able to grasp the ambience of the work and the character’s personality. 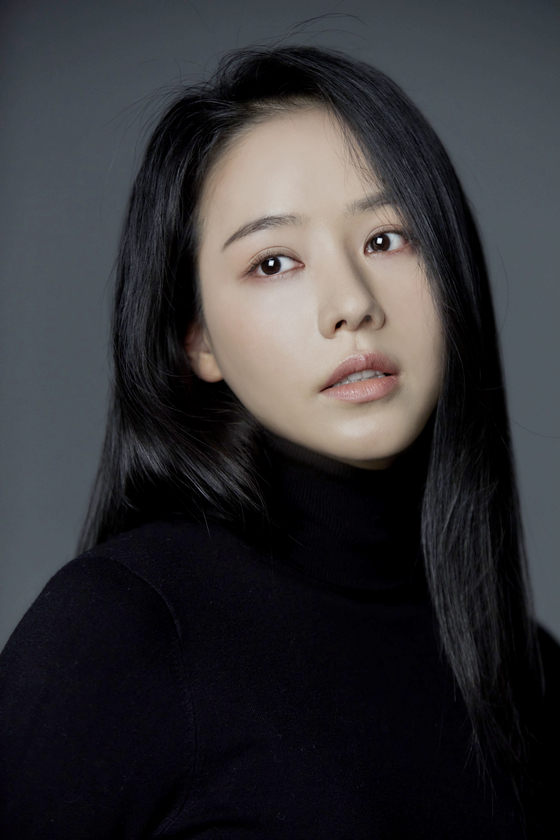 "Slate" was invited to the Tokyo International Film Festival in 2020. [FINECUT ENTERTAINMENT]

What motivated you to choose acting relatively later in life?


Because I’m doing what I want to do right now. I’m thankful for that alone. I think perseverance is the right word; I doubt myself often, but I always get back up.

In “Slate,” there are many familiar faces from independent films. What was it like on set?


It was really fun on set. I don’t know how everyone was so humorous. It was a comfortable environment, and I loved all my co-stars. Each and every actor was the life of the party.

“Slate” was invited to the Tokyo International Film Festival last year, but you were unable to attend due to the Covid-19 pandemic.


I was elated when I received the invitation, but was disappointed that I couldn’t attend. At least I could meet the audience via the film.

What project or character would you like to take on next?


I want to show truly various sides of me, no matter the genre or character. I also like romantic comedies, so I hope a director thinks of me and casts me in one in the future.

What side of yourself will you show in the future?


I’m running about, attending auditions and stuff. But what I really want to do again is action scenes; I love Wonder Woman and superhero movies. Who knows, maybe I’ll find myself in Hollywood someday (laughs).