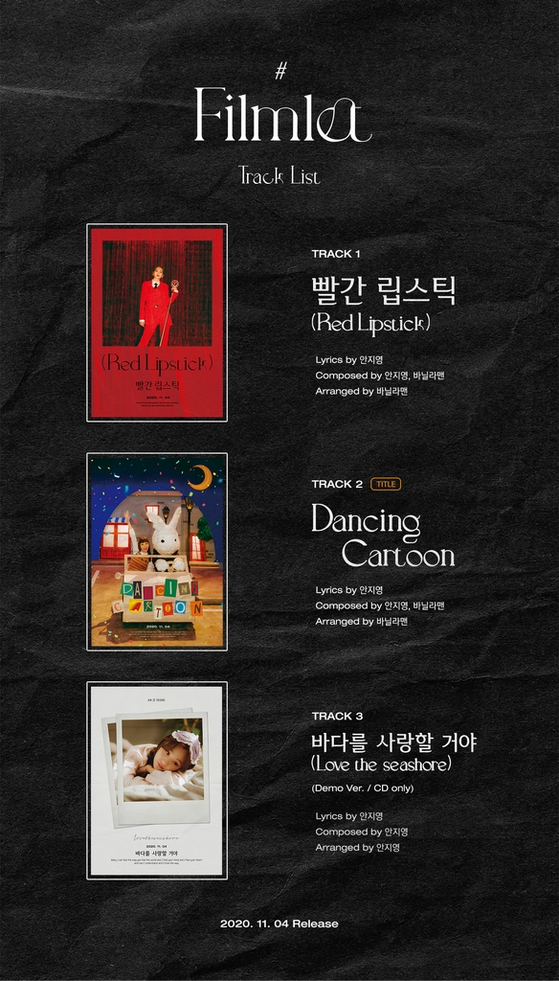 The tracklist of BOL4's new EP "Filmlet" to be released next month. [SHOFAR MUSIC]

Written and composed Ahn Ji-young, the three-track EP is introduced in the concept of short films with teaser images for the tracks decorated like movie posters.

The poster for the lead track "Dancing Cartoon" shows Ahn enjoying herself in a toy car, while the first track "Red Lipstick" features her wearing a red suit. On the third track, “Love the Seashore,” she has her elbow on a table, propping up her chin.

BOL4 debuted as a duo in 2016 consisting of singer Ahn and guitarist Woo Ji-yoon, but Woo left the band in April this year. The previous album "Puberty Book II Pum" released in May was the first time Ahn appeared without Woo.