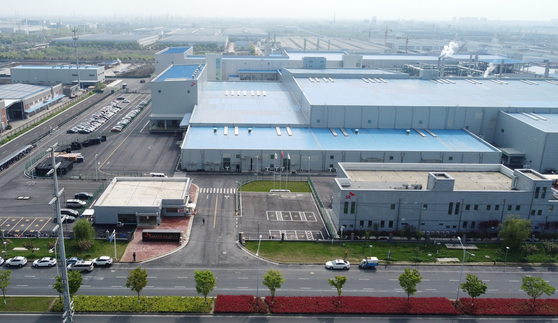 The company, which was spun off from SK Innovation in 2019, develops separators, a key component in lithium-ion batteries.

Bookbuilding was held on April 22 and 23, with 1,734 institutional investors taking part. Shares will be made available to retail investors from Wednesday. They will be offered 25 percent of the total shares outstanding, or around 5,347,500 shares, while 55 percent will go to institutions.

SK IE Technology will raise 2.25 trillion won from the IPO, and the shares will begin trading on the Korea Exchange on May 11.

The listing comes after a series of IPO flops in Korea or involving Korea-related companies, in which the shares declined following the offering. Kakao Games, SK Biopharmaceuticals, Coupang, Kyochon F&B and Big Hit Entertainment are among the companies that disappointed the market.

The company is expected to spend the IPO proceeds to build two additional electric vehicle battery separator plants at an existing complex in Poland to raise its production capacity. It also operates factories in Korea and China.