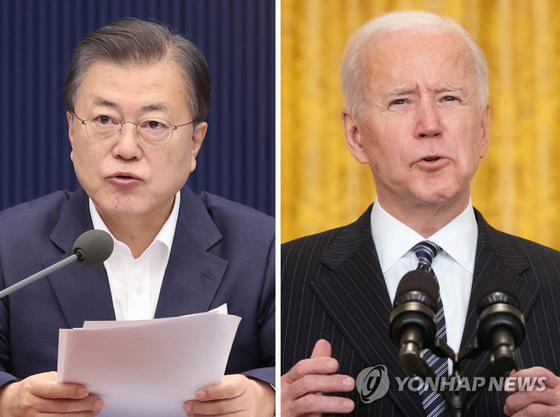 It may be presumptuous to suddenly give advice to the prime minister of another country, but I want to politely write my opinion as I learned an important life lesson from the U.S.-Japan summit. After watching Prime Minister Yoshihide Suga’s visit to the United States to meet President Joe Biden from April 16 to 18 on television and in the newspaper, I’ve felt embarrassed multiple times.

Why was I embarrassed even though here was no accident, and in the end, Japan is considered to have received as much as it has given?

Suga’s attitude in the summit was an homage to former Prime Minister Shinzo Abe, if I put it nicely. When Suga became prime minister, he was considered less competent in diplomacy than Abe. He made so much effort to be the first one to have a meeting with Biden that Washington wondered why Tokyo was so obsessed with being first. Suga was clearly conscious of Abe, who ran to the United States even before Donald Trump was inaugurated.

It’s awkward to see the announcement that Suga and Biden are to call each other “Joe” and “Yoshi.” It’s difficult not to reach the conclusion that Suga is desperate not to be outdone by the “Donald-Shinzo” pair.

The highlight was the 20-minute meeting over hamburgers. Japan wanted to have a banquet, but Washington declined due to Covid-19 disease control measures. That’s how the hamburger meeting was arranged after Japan’s desperate request.

The two heads of state sat at either ends of a long table and seemed very awkward. But Suga insists they had so much in common that they opened up instantly.

I may not be the only one who felt the awkwardness. Former Prime Minister Yukio Hatoyama said the meeting was “pathetic.” For the same reason, Suga’s approval rating did not go up as expected after the summit.

Working hard to mimic someone who has something I don’t have won’t help score points. Abe is a showman. It is something not everyone can be.

When the ruling Liberal Democratic Party has a crushing defeat in the by-elections, the news came out that Suga’s days are numbered. Why doesn’t he abandon Abe’s way? Can he find a new path by accentuating his own merits, as a grassroots politician with no family, school or factional ties who is knowledgeable in people’s real livelihoods?

I want to recommend a song to cheer him up, “Only One Flower in the World” by Japanese boy band SMAP, a national hit in the 2000s. “You don’t have to be No. 2. You have always been the special only one.”