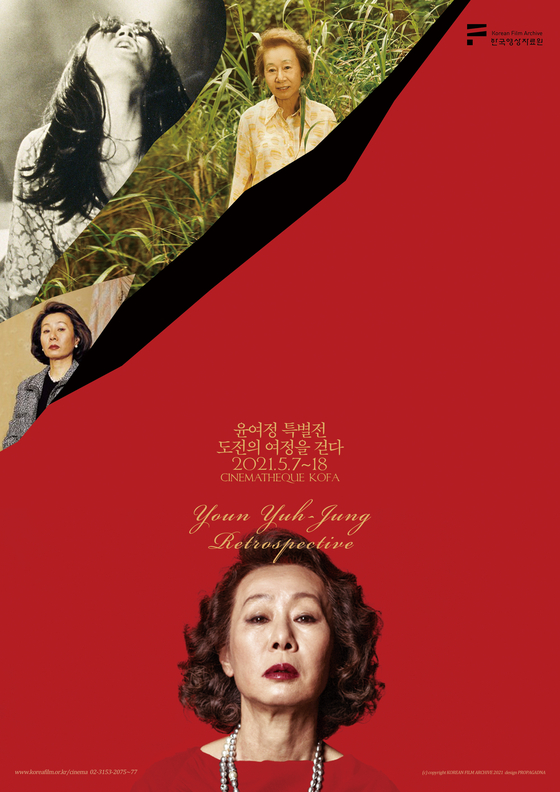 The Korean Film Archive will hold a “Yuh-Jung Youn Retrospective” from May 7 to 18 at the Cinematheque KOFA in Sangam-dong, western Seoul to celebrate the actor’s Oscar win. [KOREAN FILM ARCHIVE]


The Korean Film Archive announced on Thursday that it will hold a “Yuh-Jung Youn Retrospective” from May 7 to 18 at the Cinematheque KOFA in Sangam-dong, western Seoul to celebrate the actor’s Oscar win.

In “Woman of Fire” and “The Insect Woman,” Youn portrays Myeong-ja who is obsessed with revenge and lust, while in “An Experience to Die For” she plays a housewife who befriends another woman and the pair go onto kill each other’s patriarchal husbands.

In “Woman Requiem” which ended her hiatus after her marriage and immigration to the United States, Youn plays a mother who murders those who kidnapped and raped her daughter, an unconventional female character at the time.

Other works include director Im Sang-soo’s “A Good Lawyer's Wife” (2003) and “The Taste of Money" (2012), which was invited to be screened at the Cannes Film Festival, director E J-yong’s mockumentary “Actresses” (2009) in which she stars as herself and “The Bacchus Lady” (2016) in which she portrays an elderly prostitute who euthanizes her willing clients.

Tickets are free and can be reserved at www.koreafilm.or.kr.

Kim Ki-young's 'An Experience to Die For: Be a Wicked Woman' to hit theaters in July