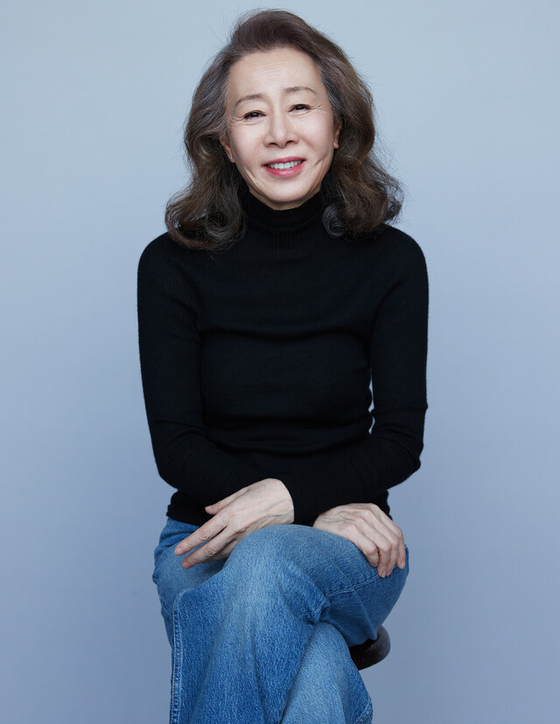 
Youn Yuh-jung, who celebrated her 73rd birthday last June, is in the prime of her career. Youn has been showered with accolades for her portrayal of the grandmother Soon-ja in director Lee Isaac Chung's "Minari" (2020).


In her 54-year spanning career, Youn has done it all. From television to the silver screen, to small independent films to commercials, Youn is a one-of-the-kind in her profession, freely trespassing boundaries to endlessly challenge herself within the world of filmography.

While Youn has been interviewed and featured across various global media outlets thanks to the international success of "Minari," which includes a Golden Globe for best foreign language film, the Korea JoongAng Daily compiled some of the lesser known highlights of the actors decades-long career. 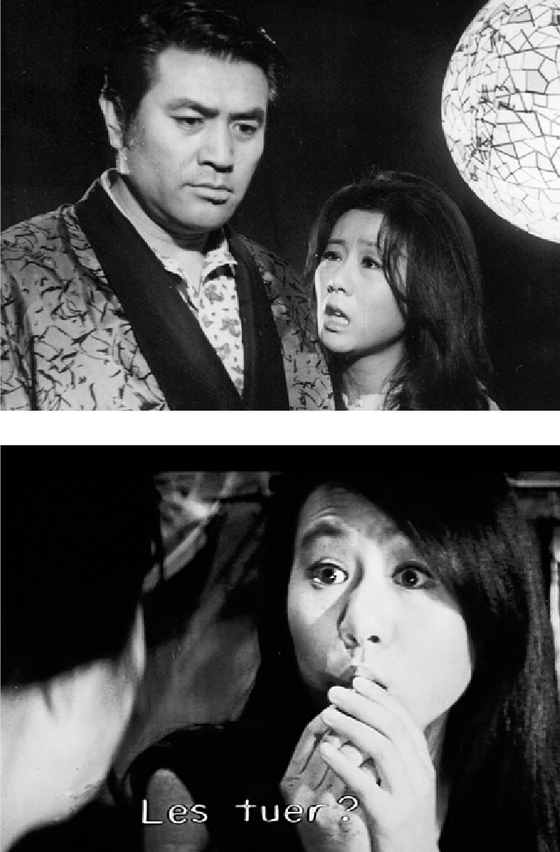 
What many foreign fans of Youn Yuh-jung don’t know is that her silver screen debut was quite the sensation. After shooting to stardom for her vivid portrayal of Jang Hui-bin, the infamous royal concubine known for her beauty and malice, in MBC historical drama series “Jang Hui-bin” in 1971, she made her film debut in “Woman of Fire” (1971) by director Kim Ki-young, who is still considered to be the maestro of experimental and cult films. 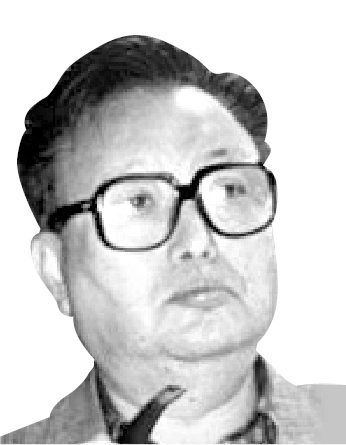 Youn shared in various press interviews that she was only cast for the role of Myeong-ja under the condition that she spent a few hours with director Kim every day. Being a rookie actor, Youn thought it was a strange request but agreed nonetheless. During the pair's time together, they discussed not only the film but also many personal stories from their lives. When they began shooting, Kim would ask Youn to conjure up certain expressions or gestures he recalled from their time together. “Miss Youn, do you remember that laugh you did in front of me? Laugh like that again, please.” Youn told the local press that his directing style was very specific and detailed.

Youn's character Myeong-ja is a maid who joins the household of a composer and his wife. The composer rapes Myeong-ja and she becomes pregnant. Not wanting to ruin her family, the wife forces Myeong-ja to get an abortion and so begins her campaign of revenge. The role of Myeong-ja, which is centered around revenge and lust, was shocking during an era where female characters were conservative, meek and obliging.

The filming process was tough. Youn performed her own stunts, such as falling down a flight of stairs and holding a live mouse by its tail. It was so tough, that Youn is said to have considered giving up acting in movies altogether.

But she persisted and went on to star in director Kim’s next film “The Insect Woman” in 1972, the third and final of Kim’s Housemaid trilogy after “The Housemaid” (1960) and “Woman of Fire.” Youn again features in the role of Myeong-ja, a femme fatale who has an affair with the protagonist Dong-shik.

Youn was Kim’s muse. He preferred uniqueness to conventional beauty and referred to Youn as “the actor who solely understands what I’m saying.”

The feeling was mutual, as seen from Youn's acceptance speech after winning best supporting actress at the 93rd Academy Awards held in Los Angeles, on Sunday.

"I'd like to dedicate this award for my first director Kim Ki-young, who was a very genius director. I made a movie together with him, [my] first movie, I think he would be very happy if he's still alive."


Her return to the screen 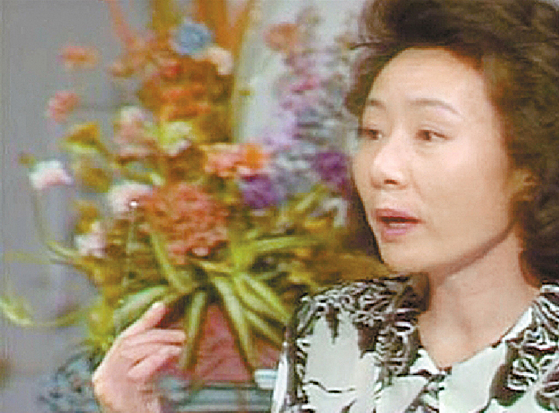 Just as her career was reaching a peak, Youn immigrated to the United States with her then-husband singer Cho Young-nam in 1972. When she returned to Korea 13 years later, her marriage was coming to its end (she got divorced in 1987) and she was raising her two sons alone.

She returned to television screens through the series “MBC Bestseller Theater” in 1984, a one-act play which broadcasts a series of independent stories.

She continued to take on small roles and feature as an extra to support her family.

Her role in hit MBC series “What is Love” (1991-1992), which holds the record for the highest average viewership rating for a television series at 59.6 percent, earned her praise. Youn continued to take on conventional roles, usually a mother, mother-in-law, or grandmother, until she met director Im Sang-soo through “A Good Lawyer’s Wife” (2003).

In an interview with Yonhap last month, director Im Sang-soo said the role of Hong Byung-han in “A Good Lawyer’s Wife,” a mother-in-law enjoying an extramarital affair with her childhood friend while her husband is seriously ill, was rejected by multiple actors due to revealing scenes and blunt lines until Youn accepted the challenge. She later revealed that she accepted the offer partly due to the pay because she needed “to redo the interior of her home.” 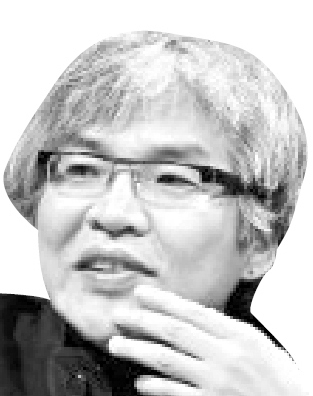 “The Housemaid” was director Im’s remake of the 1960 film by director Kim Ki-young with the same title in which Youn features as an old maid who lurks in the corners of the mansion she works in, cleverly extracting information that she can use for her own personal gain.

In “The Taste of Money,” she plays a powerful madam for the upper class who uses her affluence and position to lure younger men.

The common element in her characters in Im’s films is that they have very strong desires and aren’t afraid to jump at whatever chances or opportunities arise in front of them.

Youn also starred in Im's upcoming film “Heaven: To the Land of Happiness.” The release date has yet to be decided.

The director was careful not to reveal too much about the character she portrays, but hinted that she is “very flashy and unique.”

Im described Youn as “an actor who always supports me and is by my side like a wallet in my back pocket that I can always take out and use whenever I’m in a difficult situation.”

Youn shared during a panel discussion at the 21st Busan International Film Festival that when she was filming “Hahaha,” Hong asked her to film a scene in a bathing suit, a request which she said she had to put her foot down for.

“I said I won’t do it. I didn’t feel good, and neither would the audience, so that scene was deleted. When director Im Sang-soo included a scene where I semi-rape [the character of] actor Kim Kang-woo in the film ['The Taste of Money'], I complained that even Hong doesn’t require [such an extreme] scene from me, to which Im replied, ‘but we pay you more than him.’”

Whenever director Hong needed a character of a mother or an older woman, Youn appeared.

“Hong said that what he looks for in an actor is not their acting abilities, but what kind of life they have led. Their life is what makes the actor who they are today, and I thought it was a very good point. Actors are considered to be a tool of expression for the director.” 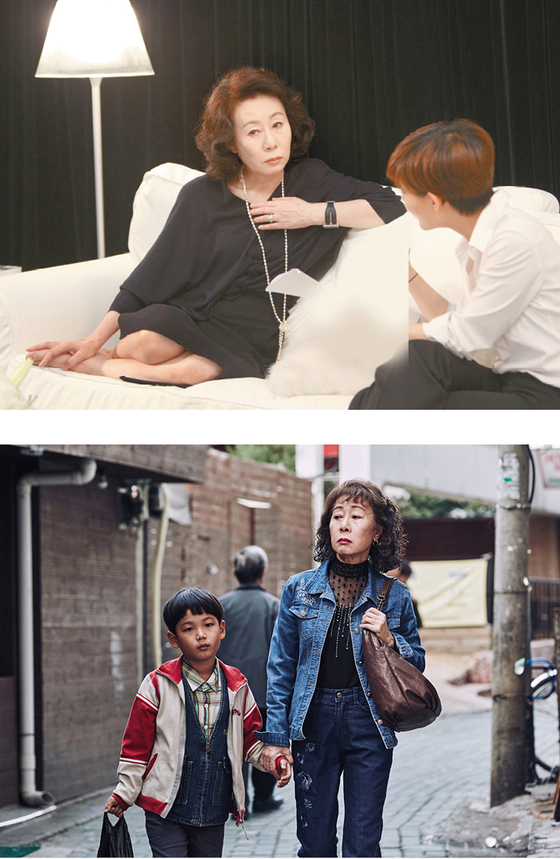 Youn first worked with director E J-yong for “Actresses” (2009). E was inspired to write the script by Youn. “I was personally a fan [of Youn], but when I actually met her I felt like people, including myself, didn’t really know much about her,” he said. “I really found her pithy, sarcastic humor which derived from years of experience and age to be interesting. I wanted to share her charm with everyone, which was how ‘Actresses’ came to be.”

“Actresses” revolves around six top stars who gather together in one studio on Christmas Eve for a photo shoot. Each play themselves in the film, and it was shot in the format of a fake documentary where the actors were instructed to improvise without any scripts. 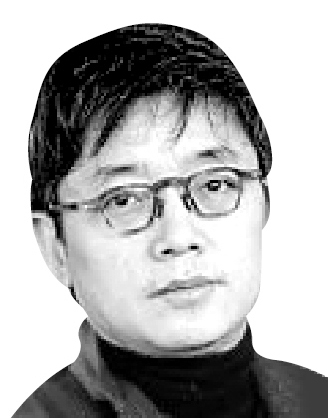 
However, Youn’s most iconic role with director E is So-young in “The Bacchus Lady” (2016), where she played an elderly prostitute who begins to take pity on her aging customers and assists them to commit suicide. The film sheds light on social issues such as sex work, poverty, elderly loneliness and death, and questions the meaning of dying with dignity.

The story also spotlighted social minorities such as people who are transgender and people with disabilities during a time when those subjects were sidelined in mainstream society. In an interview with local media outlet Singelist, Youn said she understood what it was to be a minority because of the time she spent abroad.

“Whenever I visited the countryside when I lived in the United States, [there were people] who followed me around and taunted me for being ‘Chinese’ [or] ‘Japanese.’ Because I lived through that era, I know what it is to be a minority. I don’t think you need to treat or regard anyone strangely just because they’re different from you. We’re all the same people. As So-young says in the film, ‘Those people, they all have stories of their own,’ we can’t treat them as criminals. Are gays criminals? It’s how they were born, so who has any right to judge them or throw stones?”

The grandmother and the rookies 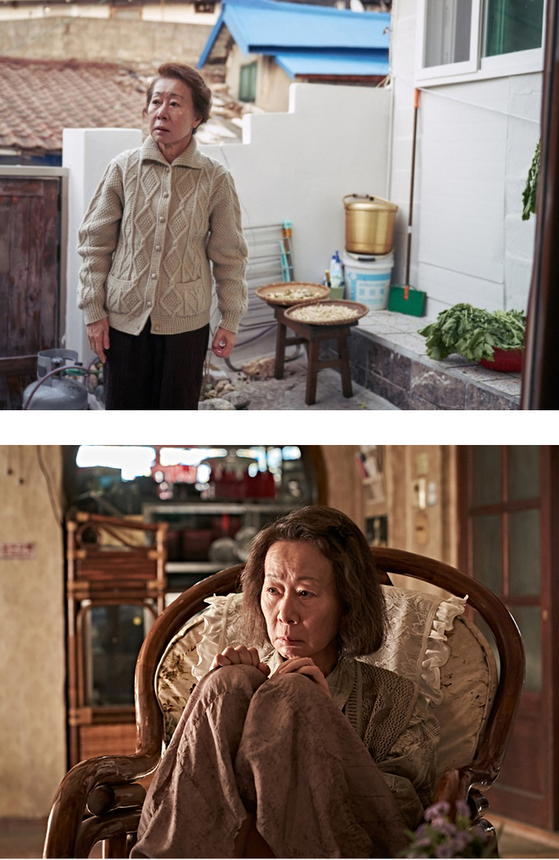 Although Youn featured as mothers, mother-in-laws and grandmothers on the small screen, she cemented herself in the role of the stereotypical grandmother in director Yoon Hong-seung’s (who also goes by the pseudonym Chang) 2016 film “Canola.” Youn moved audiences with her portrayal of a grandmother named Gye-choon who fiercely loves her granddaughter Hye-ji.

Both marked each of the director’s feature film debuts.

“Lucky Chan-sil” was an independent film which Youn starred in because of her personal relationship with director Kim Cho-hee.
Youn became close with Kim when the pair worked together on director Hong Sang-soo’s films "Night and Day" (2008) and "Right Now, Wrong Then." Kim was considering quitting the film industry but Youn advised that she become a dialect coach.

After the press screening of “Lucky Chan-sil,” Youn told reporters, “I decided to be a little extravagant after I turned 60. My luxuries don’t involve money or certain roles, but rather choosing people I like to work with. I like Kim Cho-hee so that’s how I came to play this character.” 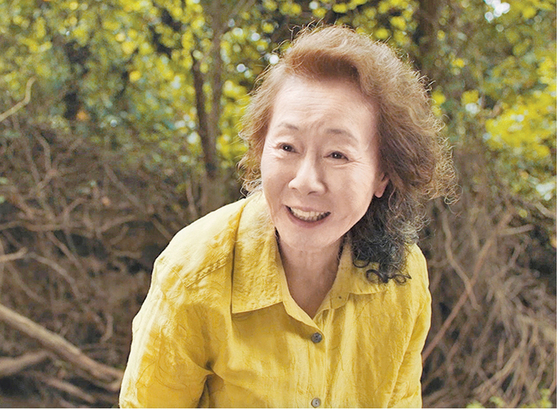 Youn's most recognized portrayal of a grandmother is in director Lee Isaac Chung’s “Minari,” but this character is far from stereotypical. Her character Soon-ja has faced war and poverty among other hardships but becomes a ray of light for her family who has emigrated from Korea in search of the American dream. She teaches her grandson how to gamble, falls in love with watching wrestling on television and sees the humor in her grandson's pranks.

Soon-ja touched both Western and Asian audiences and earned Youn the Oscar for best supporting actress at this year's award ceremony. Youn's performance has made history and she is the first Korean to ever win an Oscar and only the second Asian to be recognized in the 93-year history of the Academy Awards.