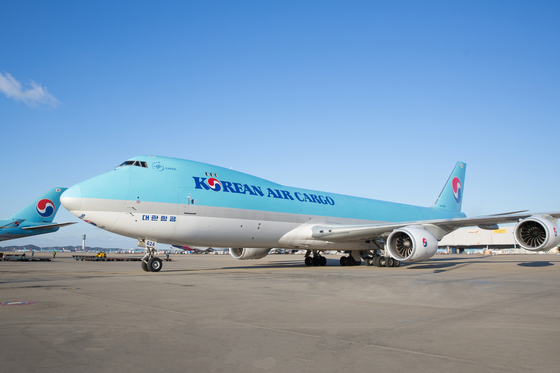 
Korean Air Lines transported 22 tons of Pablo Picasso artworks from Paris to Incheon for a major exhibition that opens at the Seoul Arts Center Saturday.

Korean Air Lines delivered a total of 110 artworks including oil paintings, sculptures and ceramics on four flights since April 16.

The artworks weighed 22 tons and “are speculated to be worth trillions of won," the airline said.

The artworks will be the core of a three-month exhibition celebrating the 140th anniversary of the artist’s birth.

The carrier said it took special care of the artworks by “closely examining their sealed conditions” and “minimizing their movement on the ground.”

“Korean Air Lines is building cargo transportation experience in various fields, including artworks from the Louvre Museum, Musee d’Orsay and National Gallery, where [maintaining certain] temperatures and humidity are very important,” said the carrier in a statement.

The company added that it is “playing a leading role” in delivering medical supplies including Covid-19 vaccines.