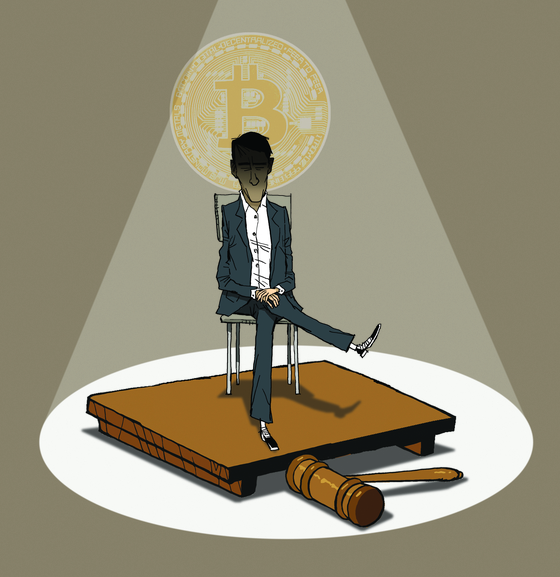 Satoshi Nakamoto is the person who created bitcoin. In October 2008, he appeared on the internet and disappeared without a trace in April 2011. It all began with a nine-page paper. Nakamoto proposed a new electronic currency that does not require banks in “Bitcoin: A Peer-to-Peer Electronic Cash System.” He’s been gone for 10 years, and bitcoin, with a newly coined term of “Kimchi premium” — the gap between cryptocurrency prices on the Korean and global exchanges — is a craze.

Nakamoto’s intention to design bitcoin is clear. His view contained in the paper is anonymous peer-to-peer transactions not under the government’s control. “A purely peer-to-peer version of electronic cash would allow online payments to be sent directly from one party to another without going through a financial institution.” The first sentence of the paper rejects the existing financial system. He argues, “Commerce on the Internet has come to rely almost exclusively on financial institutions serving as trusted third parties to process electronic payments. While the system works well enough for most transactions, it still suffers from the inherent weaknesses of the trust-based model.”

It is not a coincidence that bitcoin was created. In September 2008, the year the paper was published, Lehman Brothers went bankrupt, and the global financial crisis began. As more banks filed for bankruptcy, people’s trust in the banking system began to falter. Nakamoto proposed a bitcoin circulation process of transaction-network-privacy. The core idea is dispersed storage of transaction records that had been monopolized by banks. “Blocks,” which refer to the transaction records, are created in a 10-minute unit, and “block chain” is a series of timestamped blocks.

The fight to get bitcoin acknowledged is in progress. The government is to impose tax on transactions of virtual assets as early as January next year. Bitcoin investors insist that protecting the investors should come before taxation.

There’s no country that recognizes cryptocurrency as a “virtual asset.” If bitcoin is acknowledged as a virtual asset, the effect on the central bank’s monetary policy cannot be guaranteed. Nevertheless, bitcoin poses questions to society that cannot be answered lightly. They address challenges to the establishment, human desire of possession and generational discord. Nakamoto has started deep and wide ripples.