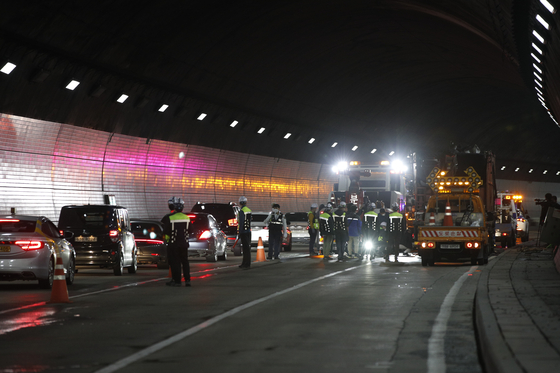 Police officers direct traffic in the Naegok Tunnel in Seongnam, Gyeonggi, on Wednesday while firefighters haul away a 5-ton cargo truck that caught fire. Seoul-bound lanes on the highway connecting Seongnam with Seoul were blocked after the truck caught a fire around 3 p.m. The tunnel was filled with toxic smoke and dozens of drivers and passengers had to flee. Five inhaled smoke and were transported to a nearby hospital. Police opened one of three lanes bound for Seoul at 4:40 p.m. [NEWS1]