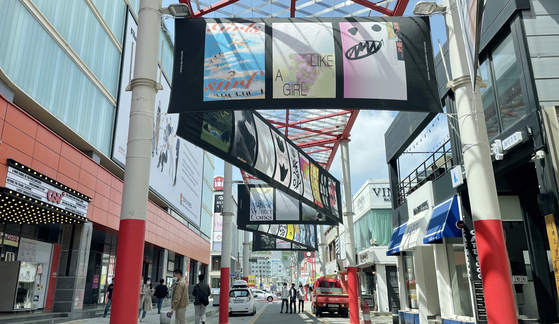 The 22nd Jeonju International Film Festival is being held in a hybrid format, both online and offline, and runs until Saturday. [YONHAP]


A volunteer staff member of the Jeonju International Film Festival tested positive for the coronavirus after coming into contact with a visitor, the festival announced on Thursday.

The staff member, who was in charge of disinfecting and changing the microphones during panel discussions, is reported to be asymptomatic.

After the positive result, the other 53 staff members underwent testing, all of which came back negative.

The seven staff who were in close proximity to the person who tested positive are all self-quarantining as a precaution.

The infected audience member tested positive after visiting the festival on May 1 and 2.

It was reported that person did not come into contact with anyone else because they adhered to preventive measures such as wearing a mask.

“We’re additionally tracing the patient’s locations to see if there were any other people whom he came to contact with,” an insider at city hall said. “We’ll be taking extra precautions such as making it mandatory for [staff] to wear latex gloves during the festival events.”

The festival will go ahead with the scheduled offline screenings and panel discussions, but will offer full refunds for tickets it audiences members want to cancel their reservations. The press event wrapping up this year’s festival will be moved online. The closing ceremony, scheduled at 7 p.m. Saturday, will be hosted with the minimum capacity.