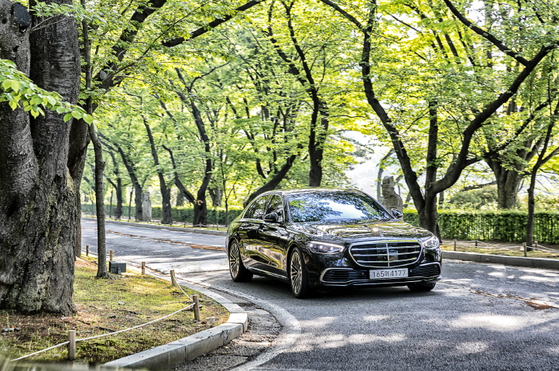 
If you're already at the top of the game, how do you go higher?

This is the question that Mercedes-Benz faces when it comes to its top-of-the-line S-Class sedan, which has long ruled in the luxury business sedan segment.

The car has been fully revamped for the first time in eight years and launched in Korea last month. Korea is the model's third-biggest market after China and the United States.

The Korea JoongAng Daily recently got behind the wheel of the S 400d 4MATIC model on a 150-kilometer (93-mile) route in Yongin, Gyeonggi and experienced a chauffeur service riding in the back seat of the S 580 4MATIC model on the way back.

Here are the takeaways: 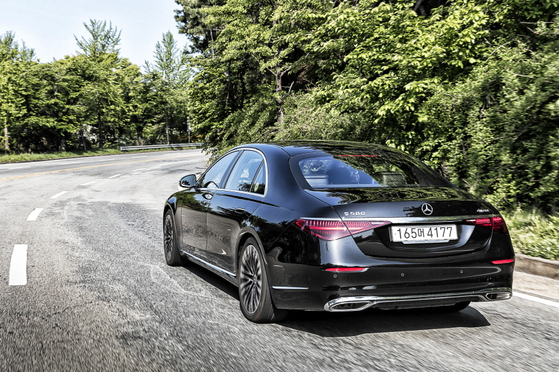 
It’s hard to notice any significant changes to the frontal look of the car. New cars tend to come with larger grilles and slimmer headlights to look more futuristic, but this S-Class has chosen to stick with its classic looks.

Look a little closer, however, and its headlamps have gotten rounder, resembling the shape of a pebble, and the pointy taillights have lost their point to give the car a milder impression.

Flush door handles have also been installed for the first time on a Mercedes car.

The headlamps also came with what’s called “Digital Lights,” with 2.6 million pixels and 84 LED modules, which is said to enable a more acute and smart distribution of light. Whether that's true or not is hard to verify as the car was available to test drive in the middle of the day. 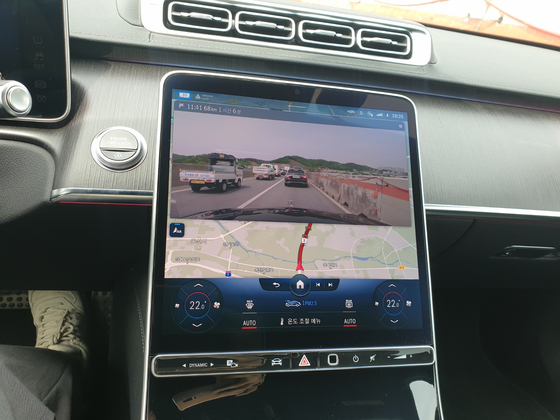 
The exterior design may not have changed much, but the software has gone through a complete makeover.

What's most intriguing is the 3-D digital cluster. Through an infrared camera installed in the cluster, the 3-D visuals work no matter what you are looking at. It can also be turned off if it makes you dizzy.

With the help of seven cameras, 12 ultrasonic sensors and four radar sensors installed on the outside of the vehicle, the 3-D digital cluster reproduces the traffic surrounding the car. It even recognizes whether it is a truck or a sedan passing by.

The second-generation MBUX (Mercedes-Benz User Experience) infotainment system allows everything to be controlled via a touch screen, but climate control button locations are fixed at the bottom of the screen for easier control. The MBUX apparently comes with upgraded voice-recognition systems, but they didn’t work properly during the test drive session. Neither shouting nor slowly spelling out words seemed to work for the system.

According to the carmaker, the updated active brake system can now recognize passing bicycles in addition to pedestrians and cars. 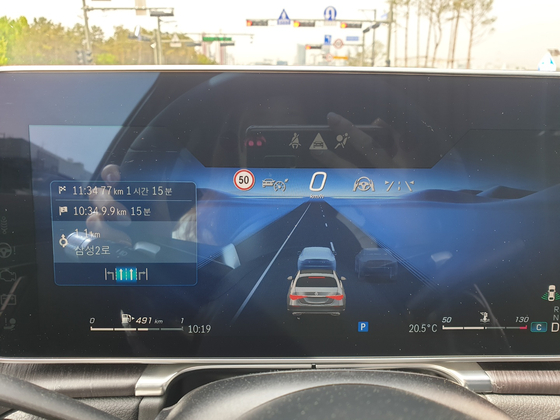 
Despite its large size, steering this vehicle didn’t feel burdensome with the help of the much-upgraded driving assistant system.

The updated active lane keeping assist smoothly adjusts the steering wheel instead of giving the feeling of jerking the steering wheel away from the driver, which some models tend to do. On a highly congested road, the vehicle stayed inside the lane, maintained a certain speed and distance from the car in front on its own for more than a minute.

Despite smooth and light acceleration, the wind sound over speeds of 130 kilometers per hour (81 miles per hour) was clearly audible in the 400d version. 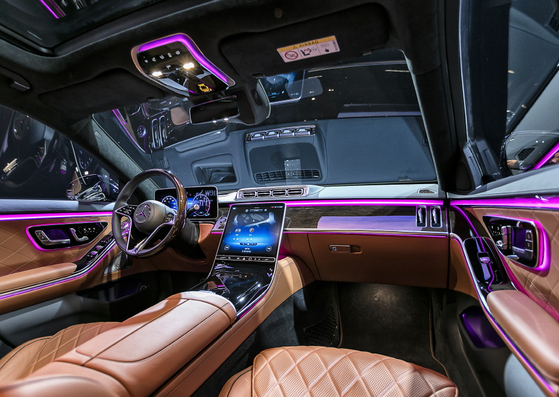 
The design and digitization of the interior is top-notch.

The newly installed 12.8-inch OLED center display, which has gotten vertically longer and now looks almost square, provides enlarged and detailed view of the navigation system which sometimes displays both the map and live footage from the front camera.

The upgraded ambient light system is able to emit 64 different combinations of colors which can visually warn the driver by lighting up in red in certain dangerous situations such as veering out of the lane.

What could have been better is storage, which wasn’t abundant in the shallow center console nor in the backseat.

With the help of the extended wheelbase by 110 millimeters compared to the previous model, the backseat can recline up to 43.5 degrees with the front seat pushed up by nearly 40 millimeters. Massage functions for the back, shoulders, neck and head are also available. 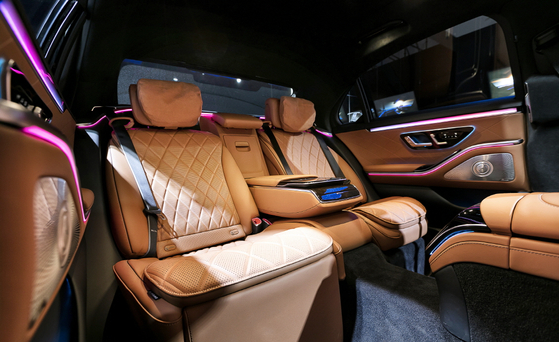