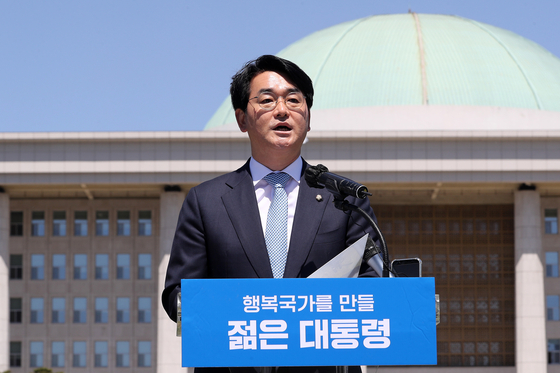 With the backdrop of the National Assembly building in Yeouido, western Seoul, Rep. Park Yong-jin of the ruling Democratic Party on Sunday announces his official bid to run in next year’s presidential race. Park became the first politician to officially declare his intention to run in the presidential race. [YONHAP]