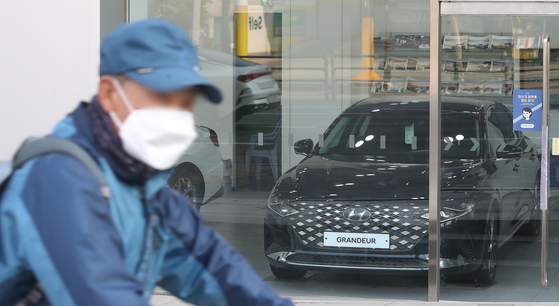 Even auto parts makers in Korea are feeling the pinch from the global chip shortage.

The Korea Automobile Industry Association (KAIA) on Monday said that 66 out of 78 auto parts makers in Korea, or 84.6 percent of the respondents to a survey, said that they were having trouble due to an auto semiconductor shortage that has hit the industry since February.

Of the 78 respondents, 21 make parts that require auto chips, such as micro controller units, while the remaining 57 don't. Companies in the latter group are seeing orders shrink due to the chip shortage.

Thirty-eight percent of the 21 respondents said they are having financial troubles because their customers — the automakers — are not making their payments in time, which make it hard for them to purchase the chips.

"In order for these parts companies to preemptively purchase chips from companies like NXP and Renesas, they need to pay 10 percent more than the normal price at a time like this," said the KAIA in a release Monday.

Of the 57 auto parts companies that don't use chips in their products, 82.5 percent said they are having trouble because automakers are slashing production due to the chip shortage.

Nearly 40 percent of the 57 respondents said their orders were reduced by less than 10 percent, followed by 30.4 percent with orders reduced by more than 20 percent but less than 30 percent.

Half of the 78 auto parts makers responding to the survey said they are in urgent need of financial support from the government.

"Korea's auto parts industry was hit hard first by the coronavirus last year and then the chip shortage this year," said Jung Man-ki, Chairman of the KAIA.

"The chip shortage is expected to hit its peak in May and July," he continued. "Government efforts are needed in not only securing as many chips as possible but also in providing additional financial support."