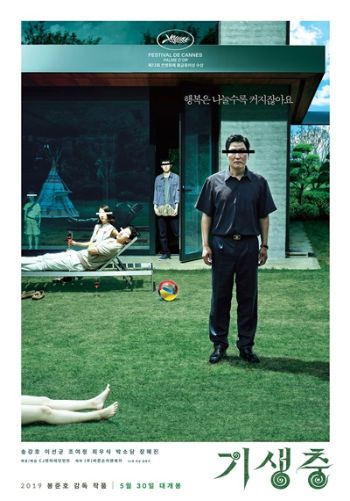 A poster for the movie "Parasite" [CJ ENM]


Director Bong Joon-ho’s Academy-winning “Parasite” (2019) will be made into a play in Japan, according to film industry insiders on Tuesday.

The play will be in Japanese, and further details such as the opening date and casting have not been decided yet, as production just began.

Lee formerly operated the film distribution and production company Cinequanon, introducing popular Korean movies “Shiri” (1999) and “Joint Security Area” (2000) to Japan and contributing to the popularity of Korean movies in Japan. He is also behind hit Japanese movies “Nobody Knows” (2004) and “Break Through!” (2005).