U.S. says it could share vaccines with North Korea

U.S. says it could share vaccines with North Korea 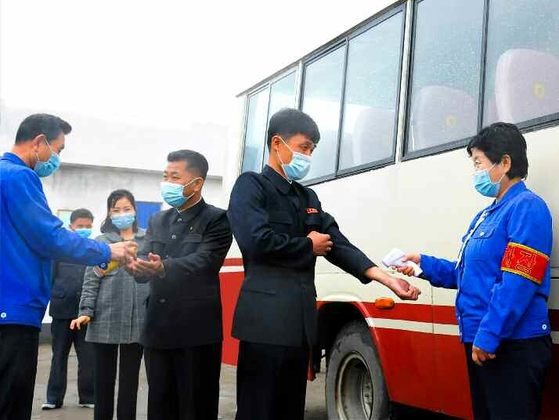 North Koreans in masks get temperature checks before boarding a bus in Pakchon County in North Pyongan, pictured in an article run by the state-run Rodong Sinmun on Covid-19 quarantine measures Tuesday. Pyongyang claims that it has no Covid-19 cases. [RODONG SINMUN]


The United States is open to sharing Covid-19 vaccines with North Korea if it gets a request, CNN reported Tuesday, which could be a step toward resuming diplomatic dialogue with Pyongyang.

The Joe Biden administration is open to sharing coronavirus vaccines and other humanitarian assistance to help North Korea combat the pandemic, according to two sources familiar with the internal discussion, CNN reported.

“While we are open to considering DPRK requests for humanitarian assistance, these would need to be accompanied by effective monitoring to ensure that it reached the intended beneficiaries," a senior administration official was quoted as saying by the CNN. DPRK is the acronym for the North's official name, the Democratic People's Republic of Korea.

Biden administration officials believe that the North Koreans won't be ready to engage until the threat of the pandemic has ended, so sharing vaccines could help “grease the wheels” for initial diplomatic engagement, according to current and former officials.

Analysts, however, said that North Korea is unlikely to make such a request to the United States because of suspicions and paranoia and because it could receive vaccine supplies from China or Russia. Both countries have developed their own Covid-19 vaccines.

North Korea officially claims it has no Covid-19 cases. It has shut its borders since late January 2020. According to the World Health Organization (WHO), out of 25,986 North Koreans tested by their government, none tested positive.

The U.S. State Department confirmed that there are no vaccine-sharing plans with North Korea currently but that Washington is open to considering requests from Pyongyang for humanitarian assistance.

“We have an abiding interest in supporting vaccinations around the world,” a State Department spokesperson told Radio Free Asia in a statement reported Wednesday. “The DPRK has refused to cooperate with Covax and rejected offers of Covid-19 assistance from the ROK [Republic of Korea].”

North Korea has been assigned 1.99 million doses of Covid-19 vaccines by the Covax Facility, the WHO-led global vaccine-sharing mechanism.

The spokesperson added, “While we are open to considering DPRK requests for humanitarian assistance, these would need to be accompanied by effective monitoring to ensure that it reached the intended beneficiaries. There are no plans at present to share vaccines with the DPRK.”

The Biden administration on April 30 announced it had concluded a review of North Korea policy which will opt for a “practical approach” and seek engagement for the goal of complete denuclearization of the Korean Peninsula. This approach is supposed to find a middle ground between the “grand bargain” sought by the Donald Trump administration and the so-called strategic patience of the Barack Obama government.

North Korea has been rebuffing the Biden administration's efforts since February to engage them through various diplomatic channels.

However, North Korea reportedly acknowledged a recent offer by the United States to explain the outcome of its policy review, saying that the proposal was “well received.”

North Korea is expected to receive Covid-19 vaccines in the second half of this year, according to the Global Vaccine Alliance, or Gavi, which co-leads Covax Facility with the WHO.

A Gavi spokesperson said last week the shipment was delayed “partly due to the technical preparedness” needed by North Korea to deal with vaccinations and also because doses allocated to Pyongyang are from the Serum Institute of India, which could be directing supplies for domestic use.

India’s Serum Institute, which manufactures the AstraZeneca vaccines, had initially been expected to supply some 1.7 million doses to North Korea through Covax by the end of May.

Edwin Salvador, head of the WHO office in Pyongyang, told Radio Free Asia last week that the organization will cooperate with North Korea to comply with the technical requirements to obtain the vaccines.

President Moon Jae-in and U.S. President Joe Biden will hold their first summit in Washington on May 21, with a focus on coordinating North Korea policy.

In an address Monday marking his fourth year in office, Moon welcomed the Biden administration’s North Korea policy “that aims to achieve the primary goal of the Korean Peninsula’s complete denuclearization through diplomacy with a flexible, gradual and practical approach by building upon the foundation of the Singapore declaration,” signed in the first North-U.S. summit on June 12, 2018.

Referring to his summit with Biden next week, Moon said he expects to “restore dialogue between the two Koreas and between the United States and North Korea and find a way to step once again toward peaceful cooperation by more closely coordinating policies.”

Moon stressed he will “not be pressed by time or become impatient” with one year left in his term but said that he looks forward to North Korea “responding positively” to diplomatic overtures. 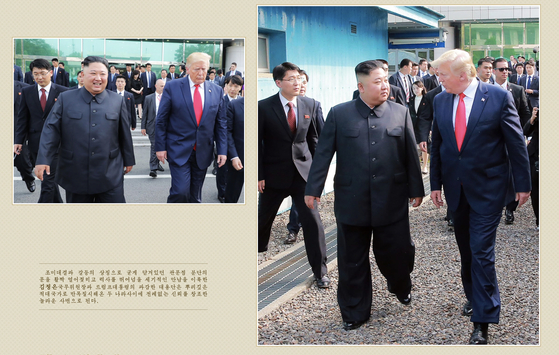