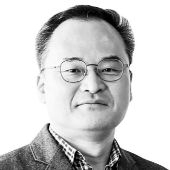 
In the 2020 U.S. presidential election, Russia tried to manipulate public opinion in America aggressively, but China was quiet, according to an analysis by the National Intelligence Council (NIC) in the United States. U.S. intelligence authorities concluded that China kept quiet because whoever wins the election, he would certainty take an anti-China stance. But a “silent China” is a very rare case today as the country has been engaged in online propaganda as much as Russia.

The threat of China’s online public opinion manipulation was widely known in the international community long ago. There is a lingering suspicion that a group of state-backed internet commentators — called “wumao dang,” or “50-cent party” — gets money from the government for each comment supportive of Beijing to maximize China’s national interests at home and abroad.

A research team led by Harvard University Prof. Gary King in 2017 announced that members of the 50-cent party posted 448 million comments on social media each year. Half of them are posted on government-sponsored sites and the other half on civilian sites at any given time.

The report said that Beijing aims to steer the public’s attention away from controversial issues rather than having debates with the people who don’t believe the government and the Communist Party of China.

In March, BBC reported that the Chinese government was mobilizing millions of people to keep checks on the internet and mold public opinion. The goal of the “Keyboard Army” is to maintain and protect the image of China overseas proactively. Their comments written in English are aimed at people in the West.

In a March 2019 report titled “China’s Pursuit of a New World Media Order,” Reporters Without Borders (RSF) explained the tragic suicide of a Taiwanese diplomat in Japan in 2018. After the Kansai International Airport was devastated by a typhoon in September of that year, shocking news spread fast on social media: Taiwanese travelers escaped from the airport with the help from the Chinese embassy while Taiwanese diplomats were sitting on their hands. After people in Taiwan were outraged over the inaction, a Taiwanese diplomat based in Osaka committed suicide.

But the RSF found that the news about the Chinese diplomats saving the Taiwanese tourists was a fake news. According to the Taiwanese authority, the fake news was first created by Chinese netizens and posted on the website of the Global Times, one of China’s state mouthpieces, and spread on Taiwanese social media until Taiwan’s news organizations reported it without checking. The RSF linked Beijing’s online manipulation campaign to the need to weaken Taipei for its ultimate goal of unification.

In its annual report in 2019, the Varieties of Democracy Institute in Sweden singled out “disinformation by foreign governments” as a new type of challenge to democracy in the digital age. The report cited Taiwan and Latvia as two countries under the biggest threat. As China is spreading fake news or misinformation around the globe, its primary target is Taiwan, warned the report.

It is not confirmed if the armada of pro-Beijing commentators really get 50 cents from the government. And yet, the Chinese government is apparently engaged in a digital war to maximize its national interest.

In Korea, the nation’s top spy agency suffered humiliation from operating a unit of online commentators to help sway public opinion in favor of the conservative government. I wonder what the agency is doing to counter growing security threat from the Keyboard Army in China now. I am curious if the spy agency clandestinely traces the movement of the online brigade in North Korea, above all, and really knows what’s going on there. The intelligence agency’s act of operating an online opinion manipulation unit constitutes a crime, but if the agency leaves online opinion rigging by foreign countries unattended, that deals a critical blow to our national security. I hope the National Intelligence Service is fully prepared for such stealthy propaganda warfare.