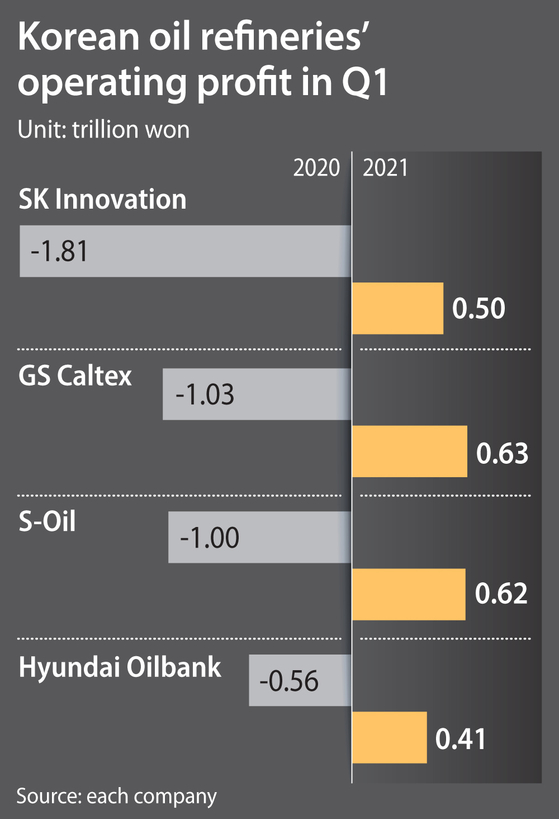 Korean oil refineries swung to profit in the first quarter this year on strong oil prices and improved refining margins as the vaccination rollout drove up demand for oil products. The refining margin indicates the price difference between crude oil and oil products such as gasoline and diesel.

SK Innovation on Thursday reported 502.5 billion won in operating profit in the Jan. to March period this year from an operating loss of 1.8 trillion won a year earlier. The market consensus was 378.2 billion won, according to FnGuide.

SK Innovation and LG Energy Solution arrived at a 2 trillion-won settlement recently where SK Innovation agreed to pay half of it in cash through 2022 and the rest through royalty payments, which will start from 2023.

SK Innovation explained that while sales improved by 80 percent on increased EV demand, initial operating costs of its facilities in Europe and U.S. pulled down the profit.

"The business environment is recovering from the pandemic which led to improved earnings in the petrochemical business," said Kim Jun, CEO of SK Innovation, in a release Thursday.

"We expect growth in new businesses such as batteries and materials as well."