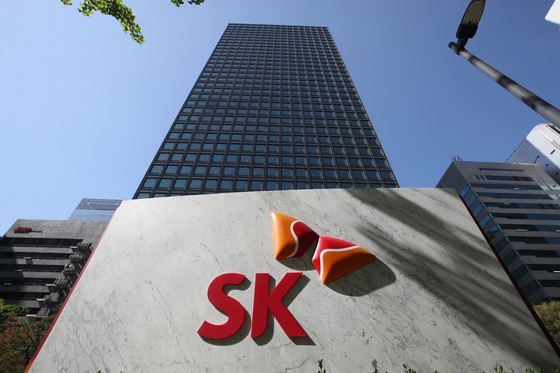 
Having passed their worst-ever quarter through March, Korea’s oil refiners are still firmly in the red but showing some signs of improvement as they announce second quarter performances.

Korea's No. 1 oil refiner SK Innovation on Wednesday reported 345.8 billion won ($290 million) in net losses and 7.2 trillion won in revenue between April and June. This is the company’s smallest quarterly revenue figure since 2011.

During this period, SK managed to reduce the volume of its net losses by 78 percent on quarter thanks to crude oil prices which slightly improved compared to the first quarter. But the effect wasn’t enough to offset the slump in demand caused by Covid-19.

While low crude oil prices continued to pull down prices of products like fuel and lubricants, sales volume didn’t recover as the pandemic spread around the world. In an effort to prevent over-supply, oil refiners including SK all reduced operation rates at their production facilities in April and May, which in turn contributed to a smaller sales volume.

Compared to the same period a year earlier, sales, net profit and operating profit all fell. 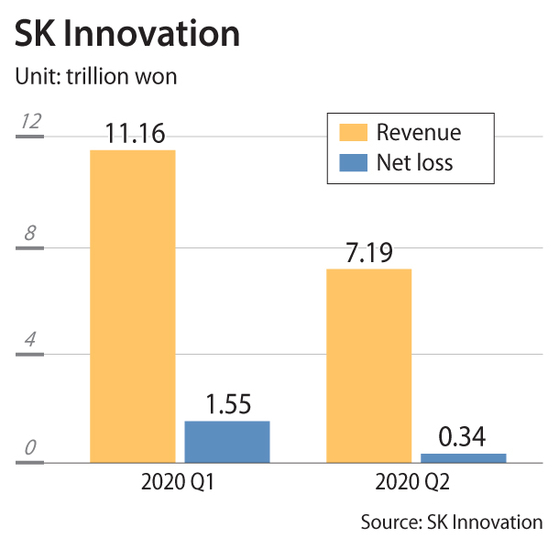 The battery business, which the oil refiner considers its future growth engine, saw operating losses expand on-quarter to 113.8 billion won. According to SK, sales volume actually increased as some of its battery factories overseas started mass production, but the company was still making heavy investments to establish a global management system for the business.

“Our annual production capacity will reach 20 gigawatt hours by the year’s end,” the company said in a conference call Wednesday. “Once the factories in Europe and the United States are completed, we’ll be able to produce 71 gigawatt hours of batteries per year in 2023. The goal is to expand that figure to 100 gigawatt hours by 2025.”

Likewise, S-Oil remained in the red recording a net loss, but managed to greatly reduce the damage.

On Friday, the company announced quarterly net losses of 66.9 billion won, down 92.4 percent from the 880.6 billion won net loss it recorded in the previous quarter. Quarterly revenue, however, slumped 33.6 percent on quarter to 3.5 trillion won.

Hyundai Oilbank and GS Caltex have not yet announced their second quarter performance, but analysts are anticipating a similar pattern — a continuing net loss with improved figures compared to the first quarter.

According to the Korea National Oil Corporation, crude oil imports to the country reached a six-year record-low in June, when the latest monthly data was available. During that month, 73 million barrels of crude oil were imported. That is a 21 percent drop from January, before the Covid-19 outbreak in Korea. During that period, domestic oil refiners pulled down their factory operation rates to 76.2 percent from 86.1 percent.

In their earnings report, SK Innovation and S-Oil both anticipated better prospects for the year’s second half, citing a potential recovery as governments worldwide put out plans to boost the economy and some countries have started to relax travel bans.

However, some experts deem that projection a little too positive — the airline industry is far from recovery and there is no significant evidence from the vehicle or construction industry that indicates a boost in demand in the near future. The Singapore refining margin index dipped back under zero this month after reaching a positive figure in late June.

“Considering refiners’ July performance and the fact that the worst refining margin persists, it won’t be easy for them to make a turnaround in the third season,” said Sohn Ji-woo, an SK Security analyst.