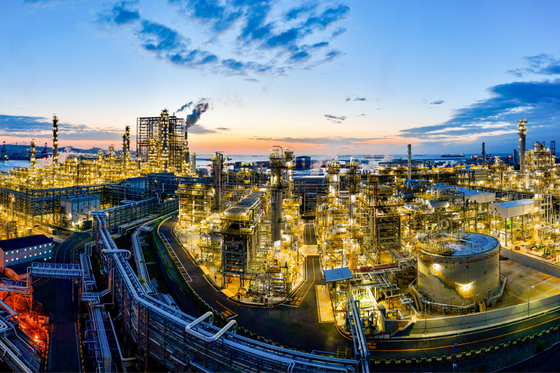 
Oil refiner S-Oil reported 410.7 billion won ($357 million) in net profit for the year's second quarter — a turnaround from the same period last year when it was in the red.

Quarterly revenue was 6.7 trillion won, up 94.4 percent on year, the company announced Tuesday. The company reported 571 billion won in operating profit, a turnaround from a 164.3-billion-won loss during the same period last year.

Analysts had expected the revenue would amount to 6 trillion won and operating profit would be 465 billion won.

S-Oil said it was able to maximize its profitability by operating its facilities in Ulsan which helped to produce gasoline and propylene. S-Oil completed a residue upgrading complex and olefin downstream complex in Ulsan in 2018, which are downstream facilities that can produce gasoline, propylene and other chemicals from the residue naturally produced during the oil-refining process.

Its operating profit in the first half of the year totaled at an all-time high of 1.2 trillion won, beating its record to date, which was 1.13 trillion won in 2016.

But the big contributors to its profit were petrochemicals and lubricants, which are smaller than oil-refining by revenue size.

The company anticipates a favorable market in the second half of the year.

“As economic activities, which have slowed down globally [due to the pandemic], have increased, and the demand for transport fuels is likely to grow, low refining margins will likely recover soon,” S-Oil said in a report Tuesday.