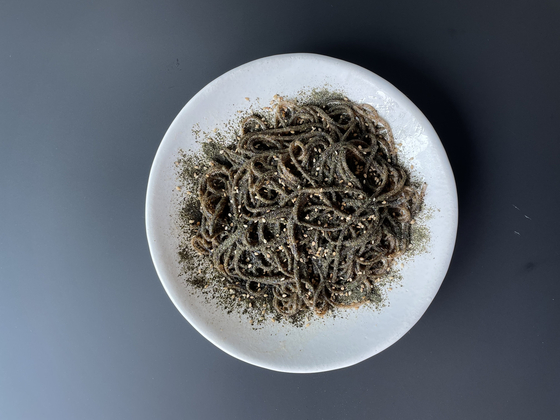 Restaurant Gogiri Makguksu, notorious for its queue of customers patiently lined up all day long to get their hands on a bowl of noodles, is now making it easier for more people to enjoy its most popular dish at home.

Makgusu noodles, or buckwheat noodles, are made with deulgireum, or perilla seed oil and topped with seaweed powder and crushed sesame seeds and Gogiri Makguksu is now offering this dish in a package similar to instant noodles. 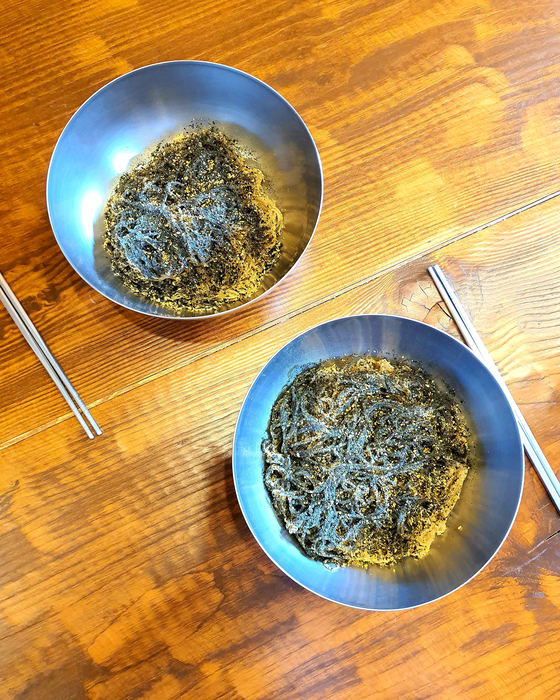 
On top of the long wait — at least an hour on most days — the restaurant isn’t easily accessible by public transportation. It is located in a village named Gogi-ri, in Gyeonggi’s city of Yongin. Visitors from Seoul can expect to spend at least three hours traveling, queuing and eating at the restaurant which seats over 1,000 guests a day. 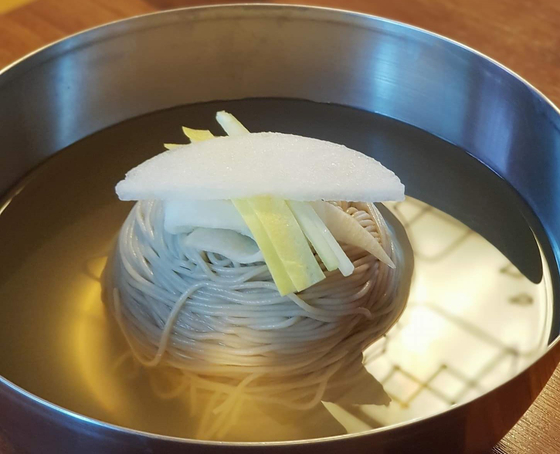 Although makguksu is a common type of noodle in Korea, the presentation at Gogiri Makguksu, either in deulgireum, gochujang (spicy red pepper) sauce or in clear cold broth, has earned the restaurant many fans.

The taste may seem very simple at first, but the flavor of the perilla seed oil combined with seaweed powder and sesame adds a more complex layer. As you finish your bowl of noodles, you can add a cup of broth to make sure you get to enjoy any lingering flavors. Many guests find themselves craving the dish and return to join the long queue again and again.

The packaged deulgireum noodles, which is made in conjunction with food company Ottogi, was first released on March 30. The hype among fans of the restaurant led to all of the stock being sold out immediately after it became available.

On the first day of the release through Baemin Shopping, all 29,000 packages Ottogi had prepared completely sold out during the live show introducing the new product. Through the show, the restaurant owners talked about how they have run their restaurant in Gyeonggi, and listened to stories from those who have visited and become fans. 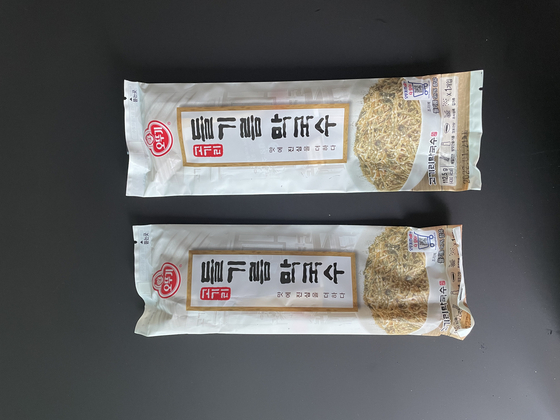 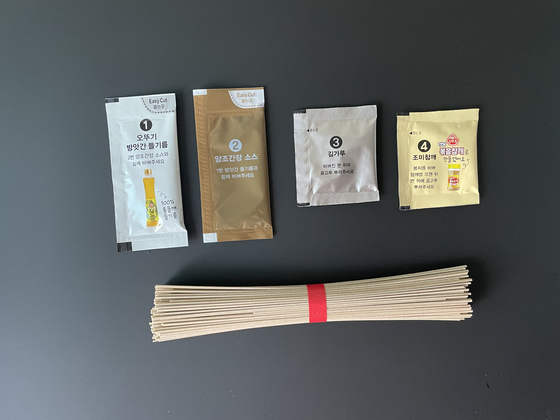 The packaged version of gogiri makguksu, top, and what's inside the package [LEE SUN-MIN]

The restaurant said it has refrained from filling up the shelves of large retailers with the packaged noodles.  Instead it has chosen a variety of online outlets to release the product through. Kakao’s Shopping and Gift and and Baemin’s B Mart were some of the first outlets it chose, and also saw their stock sell out immediately.

“If there’s someone who doesn’t know what Gogiri Makguksu is, the first time seeing the product may almost feel like the first time they enter the restaurant,” said Kim Yoon-jung, one of the owners of the restaurant. “If that first impression isn’t so welcoming, customers won’t want to come back. So we wanted to make our own way to share our stories of how the noodles are made and served instead of just having noodles available everywhere you go.”

Now, over a month after the product's first release, the supply through online outlets has become more steady. It added one more outlet — Market Kurly — last month.

While enjoying the noodles at home might be easier than queuing up, the cooking process is not as simple as making instant ramyeon noodles. Avoid stirring the noodles after adding them to your pot of boiling water. Because the noodles are made from buckwheat they are more delicate, and will break into small pieces if stirred too vigorously.

The taste of the packaged noodles is surprisingly similar to the dish at the restaurant and even has a slightly stronger tastes. Online reviews say that while the packaged product satisfies their cravings, they still miss adding the broth at the end of their meal.