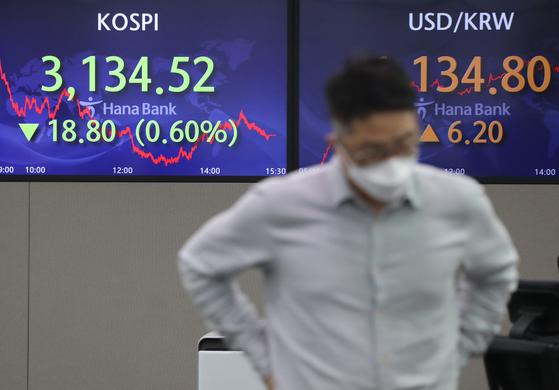 A screen in Hana Bank's trading room in central Seoul shows the Kospi closing at 3,134.52 points on Monday, down 18.80 points, or 0.60 percent from the previous trading day. [YONHAP]

The main index got off to a firm start, tracking a Wall Street rally on Friday, but turned lower as investor sentiment was weighed down by rising Covid-19 cases across Asia.

Taiwan and Singapore have imposed new restrictions against the virus to curb a recent spike in new infections.

The local currency closed at 1,134.8 won against the dollar, up 6.2 won from the previous session's close.