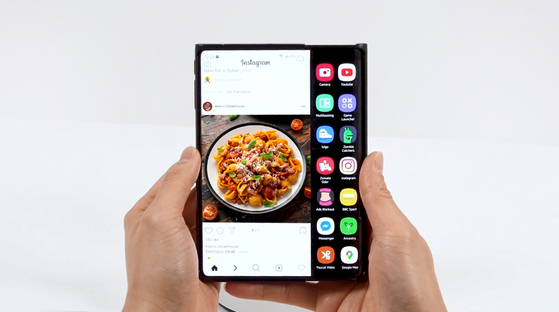 
From multi-fold displays to sliding screens, Samsung Display and LG Display demonstrated their latest innovations at Society for Information Display (SID) 2021, offering a glimpse into visions for new form factors.

Samsung Display, 84.8 percent owned by Samsung Electronics, showcased a series of next-generation display prototypes at the annual trade show, which is being held virtually from May 17 through May 21. 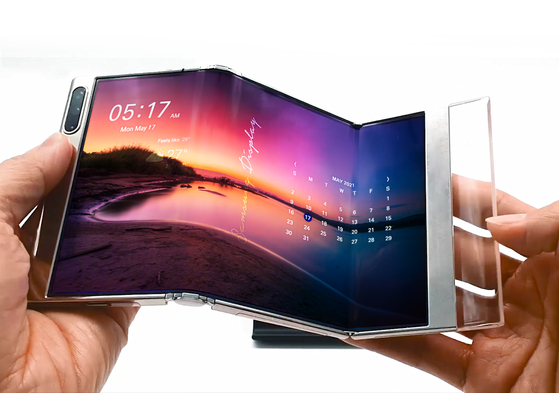 Samsung Display's S-Foldable that can be folded twice [SAMSUNG DISPLAY]

Unfurled, the S-Foldable screen expands into a 7.2-inch tablet.

As Samsung Display is a primary supplier of panel screens to Samsung Electronics, chances are high that the smartphone maker could incorporate the latest development into its smartphones.

Another concept demonstrated involves a sliding display capable of extending horizontally to provide a large-screen experience like a scroll.

A video released by Samsung Display features a user employing the main display for food recipes while texting friends on an extended screen.

The display company also demonstrated a laptop computer with a camera hidden underneath the display. It has developed a technique for displays that don’t block light reaching the camera when in use. 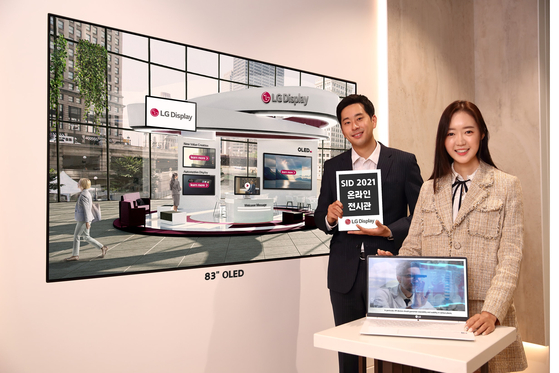 “The global display industry is facing an important turning point called metaverse,” the CEO said in a speech titled “The Metaverse and the Great Future of Display.”

He went on to note that the metaverse trend will make people’s lives revolve around different kinds of displays.

LG Display showcased its wide range of OLED displays for different uses. It introduced a rollable OLED display that can be used for in-vehicle infotainment systems.

It also brought a 48-inch bendable OLED display with an embedded sound system called Cinematic Sound OLED, which allows viewers to listen directly from the surface of the TV screen rather than a separate sound system.