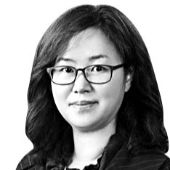 
Prosecutor General nominee Kim Oh-soo helped President Moon Jae-in reform the top law enforcement agency when he served as vice justice minister. On Sept. 9, 2019, when Cho Kuk, a liberal icon and professor of criminal law at Seoul National University Law School at that time, was appointed justice minister, Kim and aide Lee Sung-yoon — former director of the department of prosecution affairs in the justice ministry and current head of the Seoul Central District Prosecutors’ Office — proposed to the Supreme Prosecutors’ Office that a special investigation team be set up to find dirt on prosecutors by excluding then-Prosecutor General Yoon Seok-youl.

The justification for prosecutorial reforms ardently championed by President Moon lies in rooting out the tendencies of prosecutors to show loyalty to the powers that be and politicize their investigations. The surprising proposal by Vice Justice Minister Kim and his aide Lee to establish a special investigation team to find tangible evidence of prosecutors having colluded with the past conservative administrations helped break the public’s trust in the liberal administration which had vowed to ensure the independence of the top law enforcement authority shortly after its launch in May 2017.

However, as hinted by the perplexing remarks Moon made when Justice Minister Cho Kuk had to resign over family issues, the president certainly had strong confidence in Cho. Before the justice minister stepped down, the president seriously expressed his “indebtedness to minister Cho” for his help in leading the crusade for prosecution reform.

After presiding over a consultative meeting of government ministers on anti-corruption policies in November 2019, President Moon summoned three senior officials in the justice ministry — Vice Minister Kim Oh-soo, his aide Lee Sung-yoon, and Hwang Hee-seok, head of the prosecution reform team — to his office and was briefed about the status of prosecution reforms. But President Moon did not invite Prosecutor General Yoon Seok-youl to the gathering. In an earlier meeting, the president welcomed the prosecution’s “aggressive move to reform itself.”

If so, why didn’t Moon invite Yoon? The reasons are apparent. President Moon sent a clear message to the top prosecutor that he must stop the prosecution’s investigations into alleged corruption by core members of his administration, including Justice Minister Cho and his family.

After the exclusive meeting at the Blue House, the Moon administration and the prosecutor general inched closer to a head-on collision. But President Moon liked the way Vice Justice Minister Kim Oh-soo was doing his job. Kim was soon named as a candidate for the head of the Financial Supervisory Service (FSS) and the Fair Trade Commission (FTC), two posts never taken up by a former prosecutor. (Kim started his career as prosecutor)

Kim was even recommended as an auditor for the Board of Audit and Inspection (BAI) when its inspection of the alleged data fabrication by the Ministry of Energy on the Wolseong 1 Reactor was in full swing. But Choi Jae-hyung, head of the BAI, refused to accept the recommendation.

Kim Oh-soo has been nominated as prosecutor general despite deepening suspicion over his political neutrality with less than a year left before the next presidential election on March 9. If appointed prosecutor general, he will certainly press ahead with the “more perfect prosecution reforms” the president demanded in a special address to mark his fourth year in office last week.

But unwanted side effects of the redistribution of investigative rights have begun to surface already. First of all, the document specifying the reasons why the police decided not to indict a certain case is very poor. If an investigating authority does not cite the reasons for non-indictment precisely, it could critically damage the interests of stakeholders in a judicial process. Even if the prosecution requests the police look into cases more thoroughly to justify its recommendation to not indict, the request is not being met. That’s a sharp departure from the days when the prosecution strictly draws up an indictment after commanding the police’s investigation.

The “more perfect prosecution reform” the president mentioned will probably mean a complete deprivation of investigative rights from the prosecution. A bill proposed by a group of first-term lawmakers from the ruling Democratic Party (DP) is aimed at forcing the prosecution to hand over its rights to investigate six major crimes, including corruption, to another investigative agency that will be launched. The prosecution’s authority to indict also will be transferred to a new agency exclusively dealing with public indictments only. Another bill even calls for the abolishment of the top law enforcement agency.

Until an investigation agency exclusively targeting six major crimes and a public indictment agency are established, the prosecution is supposed to deal with those serious crimes, including election fraud related to the next presidential election.

But under the top law enforcement agency probably led by Kim — the prosecutor general nominee under suspicion for political neutrality — prosecutors can hardly respect the sacred principle. Opposition lawmakers must scrutinize Kim’s will to protect political neutrality and find out if he would really push for a complete deprivation of investigative authority from the prosecution.