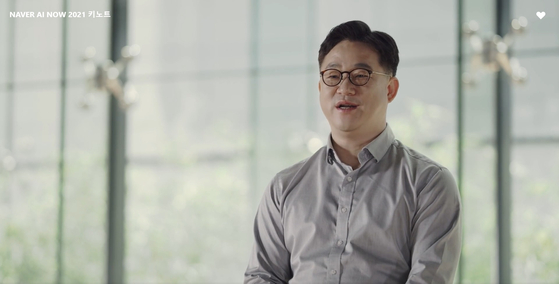 
Naver claims to have developed the largest “AI model” for the Korean language.

An AI model is a machine learning program that is taught using a set of data to recognize certain patterns. Its sophistication is measured in terms of parameters. The higher the number of parameters, the better the capacity to efficiently process data.

GPT-3 can handle multiple languages. But when it comes to Korean, Naver says HyperCLOVA’s expertise can’t be matched.

Ninety-seven percent of the data used for learning was Korean, whereas GPT-3 was mainly trained in English. HyperCLOVA’s volume of machine-learned data in Korean was 6,500 times larger than GPT-3’s, it added.

“We didn’t want to see Korea’s AI technology dominated by foreign platforms. And to avoid that situation, becoming a fast follower in open-source technology wasn’t enough,” he added.

Jeong noted that there was a paradigm shift ongoing in the machine learning field. In the past, engineers would collect data, preprocess to optimized it for machine learning and develop a model for a specific service. This took time, he said, not to mention the outcome couldn’t be reused to perform different tasks.

Today, the aim of researchers is to develop a “big model,” he added, in which a single, large-scale model would solve different problems, like summarizing text, translation and answering simple questions.

For that task, Naver purchased a supercomputer into which it input Korean language data equal to 50 years of news articles.

Naver’s ultimate goal for HyperCLOVA is enabling non-professionals like small businesses and start-ups to develop advanced services. For example, an e-commerce operator could ask the program to find the right words to promote a product or an office worker could ask HyperCLOVA to summarize a long document into several sentences.

“We’re facing a new era where anybody could make an AI service without obtaining the level of professionalism and time required before,” said Nako Sung, Naver Clova’s business leader during the online conference.

“Our goal is to make a platform where people can test, make and tune AI services to solve their own problems.”