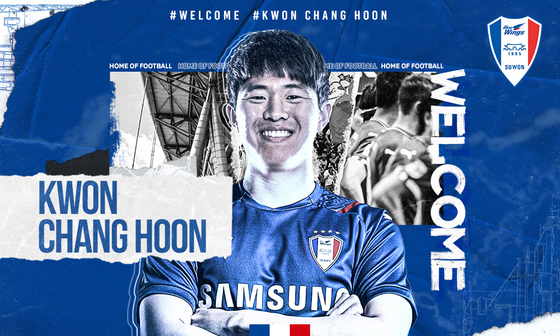 
Kwon Chang-hoon has returned to Korea after four years playing in Europe.

Kwon has rejoined his old club the Suwon Samsung Bluewings, but will first join the national football team to train for the FIFA World Cup Asian Qualifiers playing their first match against Turkmenistan on June 5, and the second match against Sri Lanka on June 9.

Kwon will then join the Bluewings in mid-June.


After debuting with the club in 2013, Kwon left the Bluewings and moved to French club Dijon in 2017, where he immediately established himself in Ligue 1 with 11 goals in his first full season. He then joined Freiburg in the Bundesliga in 2019. 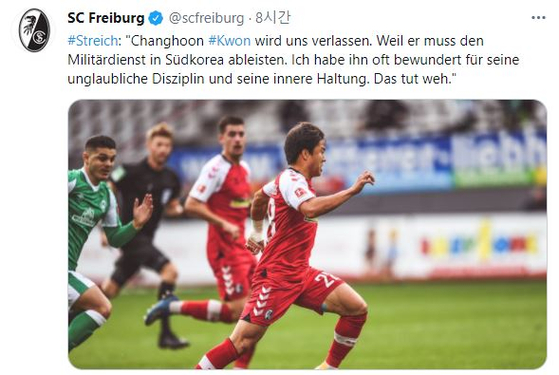 "Kwon Chang-hoon is leaving the team due to military service," SC Freiburg manager Christian Streich was quoted as saying on the club's Twitter account. "We have always looked up to his amazing work ethic." [FREIBURG TWITTER/ YONHAP]


Kwon's name is also on the shortlist for the 2020 Tokyo Olympic squad, in the wildcard spot alongside Son Heung-min and Hwang Ui-jo. Kwon is yet to complete his mandatory military service and will likely have to do so soon, although if he is included on the Olympic squad and they do go on to win gold, he would be exempt.

[VIDEO] All you need to know: Tunisia vs Australia