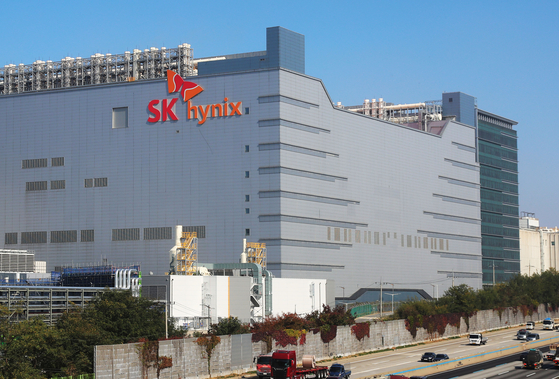 SK hynix's headquarters in Icheon, Gyeonggi. The SK hynix acquisition of Intel's NAND memory and storage business was approved by the FTC. [YONHAP]


The SK hynix acquisition of Intel’s NAND memory and storage business was approved by the Fair Trade Commission (FTC) on Thursday.

According to the regulator, the acquisition of Intel’s businesses will not threaten the market especially as industry leader Samsung Electronics holds a 30 percent share.

The businesses that SK hynix is taking over generates less than 10 percent of Intel’s total revenue.

The Korean antitrust agency’s approval was the latest after approvals from U.S. and Europe. In total, nine countries must approve the acquisition. The others are China, Japan, U.K., Brazil, Singapore and Taiwan.


SK hynix ranks fourth in NAND market share, at 11.6 percent, while Intel is No. 6, with 8.6 percent. The total is 10 percentage points below the market share of market leader Samsung Electronics.

China is the one country that could object to the acquisition given the current tensions between the U.S. and China. It has compelled the scrapping of other deals recently.

Santa Clara, California’s Applied Materials in March announced that it was walking away from the $3.5 billion purchase of Tokyo’s Kokusai Electric citing delayed approval from the Chinese regulator.

China’s antitrust agency repeatedly postponed its decision on the acquisition, sitting on the paperwork for nine months and forcing the deadline for completion to be extended three times.

During President Moon Jae-in’s visit to the U.S., Korean companies committed to investing $40 billion into high-tech areas such as semiconductors and EV batteries.

AMD said it was seeking the acquisition to expand its 5G, autonomous vehicles and aviation businesses.

The Korean FTC said it will continue to contribute to the smooth business reorganization of the global semiconductor industry in preparation for the surge in demand through swift approvals as long as it finds no threats against fair competition.