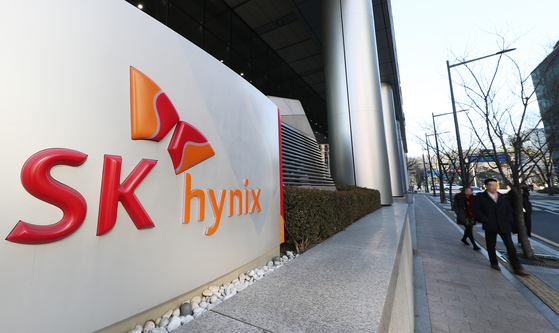 
SK hynix is buying Intel’s NAND memory and storage business for $9 billion, one of the largest acquisitions in Korean corporate history.

The deal announced on Tuesday will make the Korean chipmaker the second largest NAND flash maker in the world and accelerate Intel’s retreat from the memory chip business.

The board of SK hynix approved the deal on Tuesday and announced it on an electronic disclosure site.

SK will acquire the NAND SSD business and the Dalian facility with the first payment of $7 billion.

The acquisition of the remaining assets worth $2 billion, including intellectual property on the design of NAND flash wafers and research workforce, is expected to happen in 2025.

The merger will require government approvals, which the two companies aim to finalize by late 2021.

“By taking each other’s strengths and technologies, SK hynix will proactively respond to various needs from customers and optimize our business structure, expanding our innovative portfolio in the NAND flash market segment, which will be comparable with what we achieved in DRAM,” said SK hynix CEO Lee Seok-Hee.

NAND flash refers to a non-volatile storage chip that does not require power to retain data whereas a dynamic random-access memory (DRAM) chip is a volatile storage device that requires power to maintain data.

SK hynix is the world’s second largest maker of DRAM memory after Samsung Electronics. But its foothold in NAND memory has been smaller. As of the first half of this year, SK hynix had an 11.7 percent market share in the global NAND memory market, the fourth largest, according to research firm DRAMeXchange.

Intel trails in fifth place with an 11.5 percent market share. The merger will elevate hynix’s ranking to second place after Samsung Electronics, beating out Tokyo-based Kioxia and pushing it down to third place.

The deal could help consolidate the crowded NAND market, which could benefit existing players.

“Six major companies compete in the market and China has set its eyes on the NAND market, factors that prompted Intel to get out of the business” said Kim Sun-woo, an analyst at Meritz Securities. “The merger will help reduce capital expenditures [by NAND flash makers] and increase bargaining power with customers,” Kim said.

Roughly 72 percent of SK hynix's revenue now comes from DRAM chips, while NAND accounted for a much smaller 24 percent.

Still, some analysts raised worries about the sheer size of the acquisition.

“Over 10 trillion won [$8.8 billion] of investment could be considered a burden [for SK hynix],” said Lee Seung-woo, an analyst at Hi Investment & Securities.

Intel’s NAND business generated revenue of $2.8 billion and approximately $600 million in operating profits during the year’s first half.

For the U.S. company, selling the NAND-related assets comes as it prioritizes other businesses including computer processing units (CPUs), artificial intelligence and 5G networking.

“I am proud of the NAND memory business we have built and believe this combination with SK hynix will grow the memory ecosystem for the benefit of customers, partners and employees,” Bob Swan, Intel CEO, said.

Rivals Nvidia and AMD have recently scaled up their market share in the CPU segment, threatening Intel’s dominance.