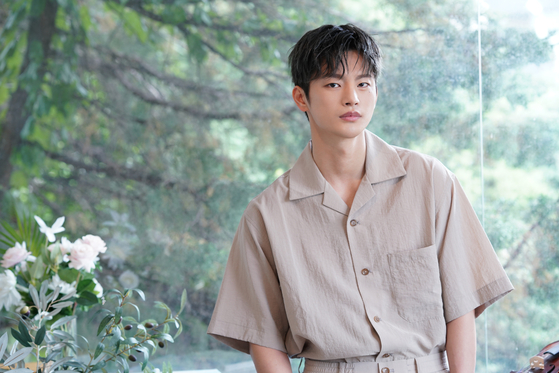 
Actor Seo In-guk is back on the large screen for the first time in eight years. The actor who has lately been meeting fans through the ongoing tvN drama “Doom at Your Service,” which started its run earlier this month, will now have his face on both the large and small screens at the same time.

He last appeared on the big screen in "No Breathing" in 2013.


The filming for his newest movie “Pipeline" was completed in 2019, but it took time for the film to come to theaters due to the pandemic. The movie was released on May 26.

“It wasn’t intentional, but I’m happy that I can meet fans through a film and a drama,” Seo said during an online interview with Ilgan Sports, an affiliate of the Korea JoongAng Daily. “There are different things I show through each character I played, and I’m delighted that I can share both at the same time.”

The criminal comedy centers around six thieves who are trying to steal huge amounts of oil kept under Korean soil. Seo plays the lead character who is known as an irreplaceable drilling engineer who goes by the name Pindol.

Seo shared more about how the filming went for the movie. Below are the edited excerpts.


Q. Which of your characteristics will fans get to see in the movie?


A. In the movie, I really show how desperate I could get. I crawl around, get punched and kicked, and attempt to fight back. I think all those scenes may be entertaining for the audience. I think the level of desperation I show here is really different from what I showed in any other works I had participated in before. As you watch the movie, you would really think that Seo In-guk must have really had some difficult times. 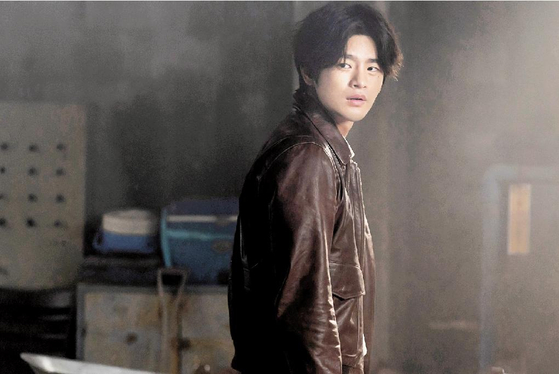 Actor Seo In-guk plays the role of a drilling engineer in film ″Pipeline,″ which was released in theaters on May 26. [MEGABOX PLUS M, LITTLE BIG PICTURES]

It was refreshing and new to work in a story that takes place in underground tunnels. But it was really tough to film. As I was confined in one spot to film scenes [happening underground], it was very psychologically challenging. I was just exhausted so easily and felt like I was suffocating. Thankfully, our teamwork was strong and everyone on the set cheered for each other to carry on. Also, inside the underground tunnel, there was a lot of dust. We sometimes intentionally created more dusts, and that’s when it was really difficult to even keep my eyes open. Since we had to film for about three months, staff prepared safe powders that would look like dust, such as bean powder. But still, the air quality was bad since the filming space was too tight, and I really felt like I was having a hard time breathing.


You looked much skinnier in tvN drama “Doom at Your Service” than in “Pipeline.” How do you control your weight for the roles you play?


I weighed 74 kilograms [163 pounds] when I was filming “Pipeline,” and for “Doom at Your Service” I weighed 68 kilograms. If it’s necessary to play my character, I can gain or lose weight as much as I want. To me, changing my weight is just one way to show who my character is.


Any tips on how to lose weight?


You should eat less and move around more. This is something all the dieters know already.


You appeared on the reality show “I Live Alone” in 2013, and some videos showing the first days of you living alone are still going viral. Are you interested in sharing your daily life through reality shows ever again?


I would love to go on the same show again and share how different I have become. I now really do have much more interest in home interior. I run a cafe and restaurant in Ulsan, so I have studied how to decorate since then. I have been purchasing small objects for home, too, and I keep things clean and organized. If I get the chance, I would like to show that side of me later.


Are there other entertainment shows you want to take part in?


I’m scared of being on a talk show. I’d be too nervous and shaky. Whenever I talk about my stories, I tend to beat around the bush and then diverge and tell other stories. And I hate that about myself. I tend to get nervous whenever I have to talk. So I want to be on a show that doesn’t require much talking, but a lot of working, such as “Law of the Jungle” or “Three Meals a Day.”