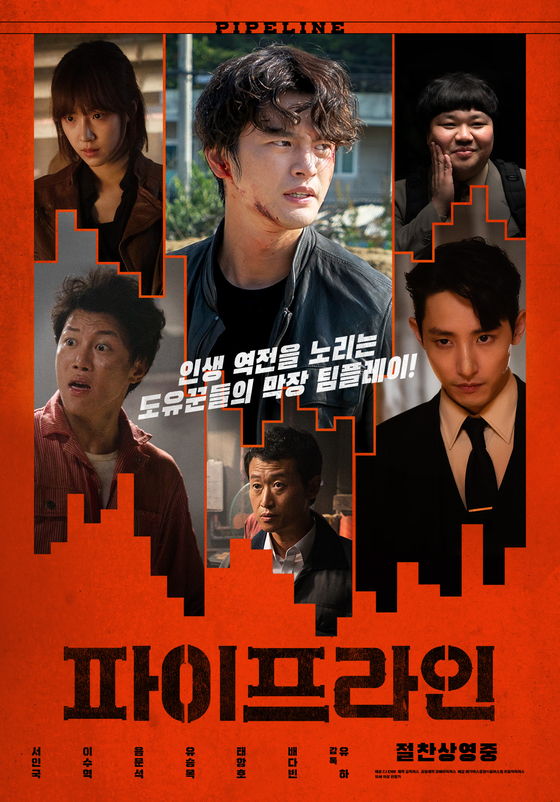 
Director Yoo Ha’s crime action film “Pipeline” (2021) has been exported to 12 countries, according to the distribution company Finecut on Wednesday.

The heist film which was released on May 26 in Korea hit North American theaters on May 28, and is to be released in Singapore, Vietnam, Malaysia and other countries this month.

The movie starring actors Seo In-guk and Lee Soo-hyuk tells the story of a team of criminals attempting to drill into Korea’s oil pipeline and steal petroleum. It has already been seen by 100,000 moviegoers domestically.