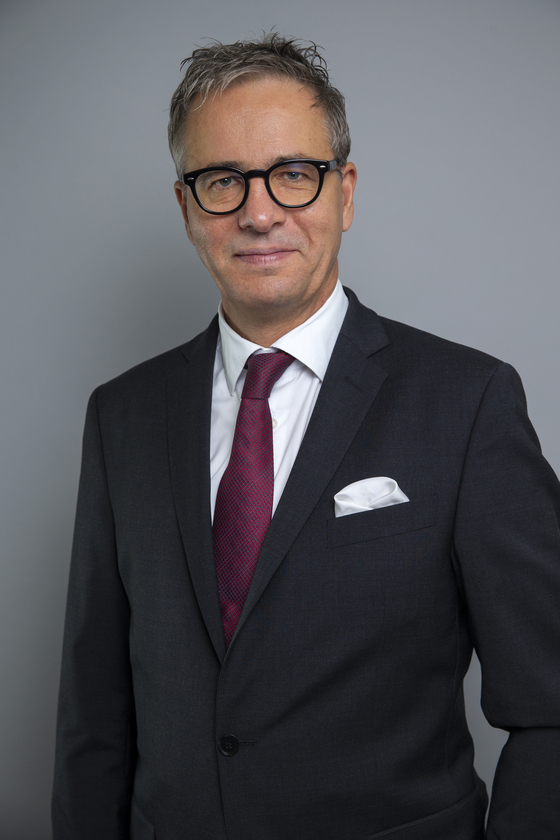 Jakob Hallgren
The author is Swedish Ambassador to Korea.

One of the many perks of being an Ambassador to the Republic of Korea is that I get to attend and participate in interesting seminars, events and meetings. I am most often struck by the expertise and wisdom that is conveyed at these occasions. The Republic of Korea is a country full of talent in so many areas. However, there is another thing that strikes me when attending these events. Almost always a majority of the speakers and lecturers are men. This makes me wonder why it is that South Korea — a country where female graduates from universities are in the majority since a long time — does not showcase more of the female talent.

Addressing this, and as a small contribution toward a change in this pattern, we at the Embassy of Sweden in Seoul took the opportunity to renew and extend our #GenderPledge on International women’s day this year. Through this gender pledge, we all Embassy staff have committed ourselves to encourage appropriate gender balance when organizing or attending events, or otherwise highlight the lack of gender representation in our statements during events. We also pledged to be mindful of the equitable allocation of speaking time and roles between men and women and to use a gender equal approach to our entertainment budget. This is not only talk. In 2020, the Embassy organized several public events with a total of 107 speakers, of whom 49.5 percent of were women and 50.5 percent men.

You might argue that this is a symbolic gesture, but, in my mind, it is an important one. I think that men and women should be equally represented in public debates, regardless of subject. I also think that more equal representation benefits both society and individuals and serve as an inspiring example for women and girls. This policy is part of a growing awareness of the importance of gender equality and feminism all over the world today. In my opinion, feminism is not about making revolution. I believe that it is about achieving equal rights regardless of gender and to accept that men for a very long time have been allowed to monopolize the public sphere.

The Swedish Government that I serve pursues a feminist foreign policy. Sweden established this policy in 2014 after many years of promoting gender equality and human rights nationally and internationally. Since Sweden adopted the feminist foreign policy, there has been a shift in the culture in the Ministry for Foreign Affairs and in the Embassies. The knowledge and interest have grown and today all colleagues relate to and actively support this policy simply because it makes so much sense. It includes the civil servants in Stockholm, the diplomats, the local staff, administrators, everybody. These days, we don’t have one ambassador for our feminist foreign policy — we are hundreds. Sweden’s feminist foreign policy is based on the commitment of building a society in which women and men can live their lives to their fullest potential based on the three R’s: Representation, Rights and Resources. Women’s rights are of course human rights but also a matter of democracy and justice. We also believe that gender equality is a necessary prerequisite to sustainable and peaceful societal challenges and to the evolving modern welfare state — based on justice and sustainable economic development for all. Women and men should have the same power to shape societies and their own lives. When it comes to representation, it is quite unfortunate that half of the world’s population is still underrepresented in so many areas — as voters, as politicians, as experts, as judges, as leaders in organizations, in industry and in academia.

While stressing that Sweden is definitely not a paradise, I believe that one of the success factors of Swedish society, despite its modest population and peripheral location, is the focus on gender equality. For most Swedes, gender equality is only natural and it means that everyone, regardless of gender, has the right to work and support themselves, to find a balance between career and family life, and to live and love without the fear of abuse or violence. At the end of the day I think it comes down to common sense, that we need to fully utilize the potential of our entire population — both men and women.

We still have a long way to go before achieving full gender equality, in Sweden, in the Republic of Korea and all over the world. However, I see encouraging trends in the Republic of Korea. It is clear that many younger people will accept nothing less than equal opportunities for men and women, both at work and at home. I look forward to working together with all committed South Koreans to strengthen women’s representation and make women’s expertise visible. Achieving gender equality is not the sole responsibility of gender experts but of everyone — men and women alike. And I do think that we men have a special responsibility to do our part of the job in making it happen. Let’s just do it. I will be happy to share our experiences in that process.

[VIEW 2035] Realizing the Nordic fantasy in the Korean fertility rate