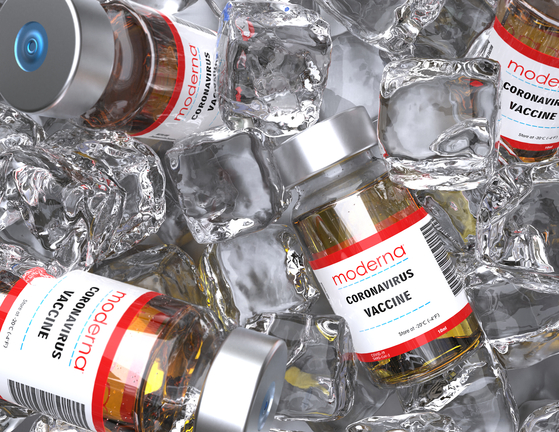 Following the successes of mRNA Covid-19 vaccines like those from Moderna and Pfizer, local companies and the Korean government are rushing investments into the state-of-art vaccine technology.

Samsung Biologics, Korea’s largest contract manufacturer of biopharmaceuticals, announced plans Monday to add facilities that could produce “mRNA vaccine drug substance” at its Songdo, Incheon, factories. The goal is to start mass production from the first half of 2022.

Last month, Samsung Biologics signed a contract manufacturing agreement with Cambridge, Massachusetts-based Moderna to provide “fill-finish” manufacturing for mRNA Covid-19 vaccines. The role of the company in this deal stops at packaging the vaccine substances, which arrive in bulk from overseas.

Its Monday announcement does not mean Samsung Biologics will start producing mRNA vaccine substances for Moderna in the near future, as its production facility won’t be ready until next year.

Considering the time it takes to have technology transferred and for approvals, some analysts predicted that it wouldn’t be until late 2022 that Samsung’s mRNA facilities are ready for full operation.

The company has been solely focused on antibody treatments for the past 10 years.

"We are committed to helping our clients provide quality treatments and vaccines to all those in need around the world, especially in difficult times like these," said John Rim, CEO of Samsung Biologics in a Monday statement.

“And with this extended capability, we hope to support our partners in bringing novel mRNA vaccines and therapeutics to market at a faster pace.”

On Monday, GeneOne Life Science and Hanmi Science announced a partnership to cooperate in building mass production facilities for mRNA vaccines. GeneOne is already developing a Covid-19 DNA vaccine of its own and was one of the first local companies to receive a government nod to undertake clinical trials for a coronavirus vaccine.

The Korean government has also expressed the intention to make mRNA technology the next big thing in the country’s bio pharmaceutical industry.

Earlier this year, the Korean government announced it will aid local companies in their efforts to develop mRNA vaccines. As of May 14, 17 companies contacted regulators for support, among which four said they plan to start clinical trials for mRNA vaccines this year and seven next year.

Another anticipated event is the opening of Moderna’s office in Seoul, slated for this year. The operation will run production facilities in Korea and hire skilled workers to conduct research.

During President Moon Jae-in’s visit to the White House last month, Moderna signed memoranda of understanding with local government offices, including a deal to co-develop mRNA technology with the state-run National Institute of Health.

The sudden spotlight on mRNA technology is notable considering its history: The technology itself is roughly three decades old, but before the coronavirus pandemic, it was never applied to a commercialized drug or vaccine. AstraZeneca and Johnson & Johnson developed viral vector Covid-19 vaccines.

Viral vector and mRNA vaccines both teach the body to develop an immune response to a virus. The difference is that viral vector vaccines do this with a weakened version of the coronavirus -- the “vector”-- while mRNA vaccines deliver genetic information to cells.

Korean companies at the moment have technology to produce viral vector vaccines but do not have the capacity to produce mRNA vaccines.

There is no consensus on which works better. But experts say the advantage of mRNA vaccine technology is the development speed.

“Viral vectors require a living virus, but for mRNA vaccines, all you need is the genetic sequence of disease, so that could greatly reduce the development period,” said Yeom Ji-won, manager of the industry policy division at KoreaBIO, an advocate group for local biopharmaceutical firms.

MarketWatch, a Dow Jones & Company subsidiary and provider of financial information, recently projected the global market for mRNA vaccines and therapeutics to grow at an annual rate of 33.4 percent in the next five years to reach $5.37 billion by 2026.

“mRNA can be applied to other types of vaccines as well. They can also replace antibody treatments that target similar indications.”