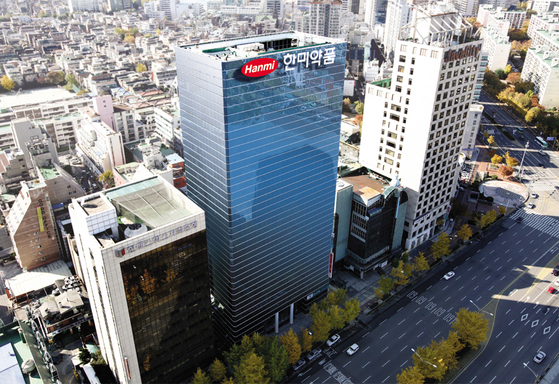 The decision came after a 120-day negotiation period between the two following the French pharmaceutical company expressing its intent to exit the project in May.

“Sanofi finalized the decision on Tuesday and notified medical institutions conducting clinical trials,” said a Wednesday statement from Hanmi Pharmaceutical, which sold the marketing rights to Sanofi in 2015.

Efpeglenatide was undergoing Phase 3 clinical trials in more than 30 countries on over 6,000 patients worldwide. Among the five clinical trials that Sanofi was conducting, Hanmi will take over operations of one which is nearing completion in October. The other four will be halted.

“Once we have the results, we’ll look for ways to use that data — whether it’s for discovering new diseases to treat with efpeglenatide or testing its efficacy when used with other bio pharmaceuticals,” said a Hanmi spokesman.

“Apart from the specific efficacy as a diabetes drug, clinical trials will give basic information about efpeglenatide, like safety, which could be reused in other research.”

In December 2019, Sanofi CEO Paul Hudson announced plans to discontinue research into diabetes treatments as part of a strategy to increase focus on key growth drivers. According to Hanmi, the difficulties of conducting mass-scale clinical trials during the coronavirus pandemic also added to the French pharmaceutical firm’s decision.

Sanofi’s exit marks the termination of a 2015 deal which was the largest in the history of the Korean pharmaceutical industry, worth 3.9 billion euros ($4.6 billion) including milestone payments for three diabetes drug candidates. The rights for two were abandoned the following year while the efpeglenatide deal lasted until this year.

From the upfront payment of 400 million euros, Hanmi had returned 196 million euros for the two drugs that Sanofi returned the rights to in 2016, but will keep the remainder.

Hanmi is hoping that efpeglenatide, a glucagon-like peptide-1 receptor agonist, can be developed to treat other metabolic syndromes. Called GLP-1 RA for short, these treatments are most frequently used for diabetes but can be used in diseases related to weight or appetite maintenance.

Hanmi’s LAPS-GLP/GCG, for example, was licensed out last month to Kenilworth, New Jersey-based MSD as a drug candidate to treat non-alcoholic steatohepatitis, instead of the diabetes drug it was formerly licensed to Johnson & Johnson's Janssen.