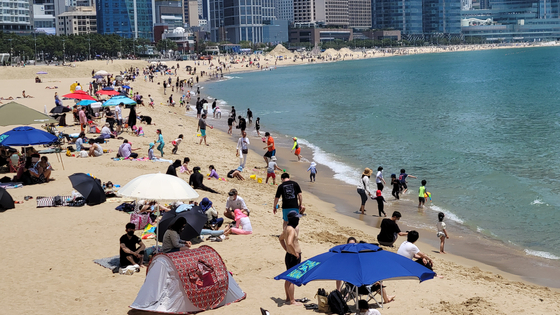 People enjoy the beach at Haeundae, Busan, on May 30 as the warm weather attracted beachgoers. Online travel, leisure and cultural purchases rose sharply in April. [YONHAP]

“In the case of travel and leisure, the base effect was a major factor” said Lee Min-kyung, the statistics agency’s service industry official. “It seems the rapid inoculation and the recovery of consumer confidence, which has been low, also had an effect.” 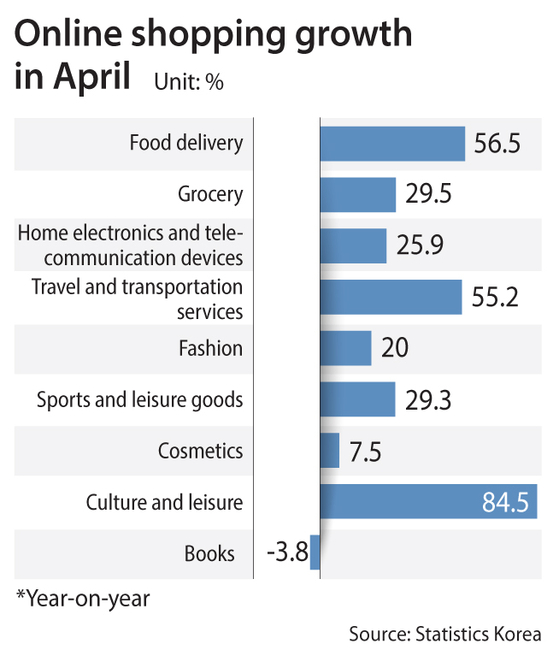 Overall online shopping rose 25.2 percent to 15.1 trillion won in April on year, the second consecutive month in which online purchases were above 15 billion won.

Online purchases exceeded 15 trillion won for the first time in November 2020, and remained above that level until February, when they dropped.

Mobile online shopping rose 34 percent in April on year to 10.7 trillion won. Shopping via mobile devices is now 71.1 percent of all online shopping, up from 66.5 percent a year earlier.