Relatively recently, that statement was scientifically proven by Jeaneette Haviland-Jones, a professor of Psychology and Director of the Human Emotions Laboratory at Rutgers University in New Jersey. According to her 2005 research, people who were presented with a flower bouquet displayed what is called a Duchenne smile — a genuine expression considered by psychologists to be “the sole indicator of true enjoyment.”

But it looks like people were aware of the power of flowers long before Haviland-Jones's research.

Flower prints are a popular motif in traditional Korean artwork and often used to decorate jewelry and makeup boxes. Similar to how people today like to brighten up their homes with fresh flowers, Koreans of times gone by also liked to surround themselves with flowers in the forms of paintings and craftworks. But these flowers were not only for decoration.

The Coreana Museum of Art, run by Coreana Cosmetics, has recently organized a special exhibition to shed light on the “significance of flowers and how Koreans regarded flowers and loved them” by showcasing artifacts featuring flowers such as paintings, celadons, white porcelain pieces and cosmetic tools, as well as some artworks by contemporary artists that reinterpreted the symbolic subject into installations and video art.

The exhibit, which runs until July 10, is titled “My Flowers are Near and Foreign,” which is borrowed from a letter written by American poet Emily Dickinson (1830-86) and a collection of poems with the same title. According to the museum, the exhibit attempts to “share the unique gaze of the poet who perceived flowers that are common and often passed by, as something unfamiliar and sensuous.”

“Through the artifacts that feature flowers and offer an insight into what they meant for Korean ancestors, we hope visitors to the museum think about the flowers that are so abundantly around us,” said Lee Jun-young, the curator of the exhibit.

Flowers that most frequently feature in traditional paintings and craftwork are peonies, lotus flowers, chrysanthemums, and Japanese apricot blossoms as they symbolize fidelity, wealth, honor and youth.


A 19th century “Blue and White Porcelain Lidded Bowl with Peony Design” is one of the artifacts featuring peonies. Depending on the size, such porcelain bowl with a lid was used as a rice bowl or as a makeup container. 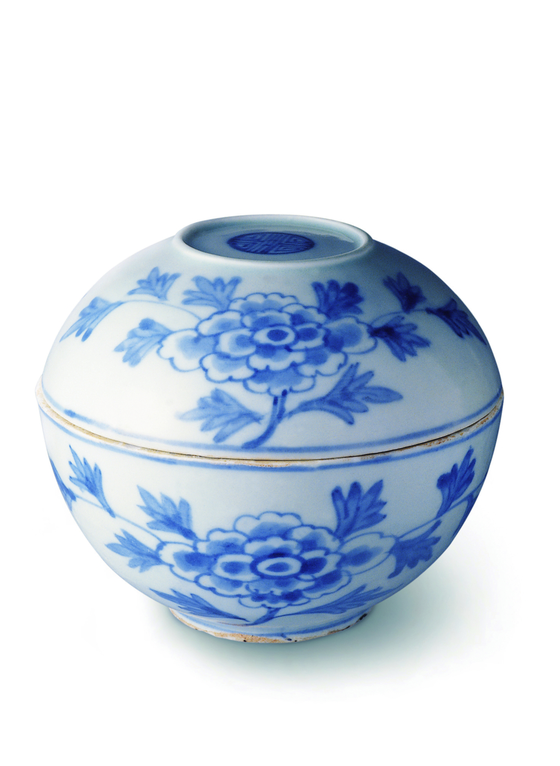 
Large and charming peonies have long been called the “king of flowers” and the “flower of wealth and glory.”

In Goryeo Dynasty (918-1392), it was considered a royal flower that symbolized a beautiful woman, and was widely used as a decorative pattern, while in the royal court of the Joseon Dynasty (1392-1910), the flower was commonly featured on folding screens that were used in various ceremonies.

For the common people, peonies were believed to be flowers that brought happiness and prosperity as well as family harmony. Therefore, the flower is featured more on bridal gowns, furniture and ceramics that were used in the kitchen. 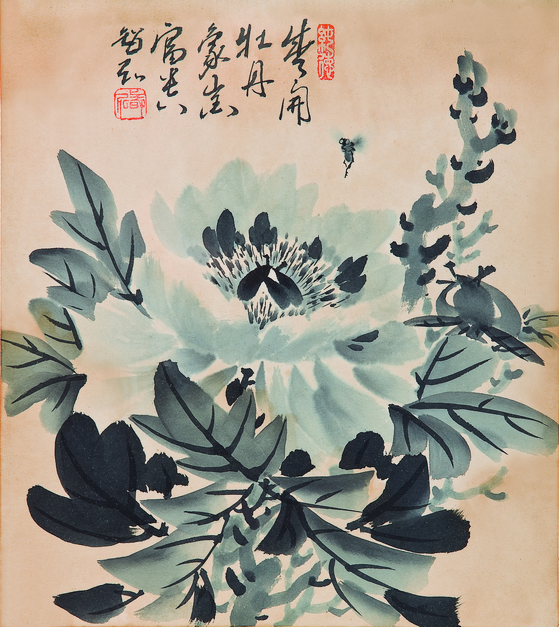 
“The artist, who studied oil and ink painting in Japan, produced a number of paintings featuring landscapes, flowers and birds and is known for his strong brush strokes,” said Lee. “His ‘Moran’ especially evokes a unique feeling despite using a bold composition that fills the whole canvas with strong brush strokes.”

“Although it grows in mud, it produces clean and beautiful flowers. That’s why the flower has been loved since ancient times,” said Lee. “The flower often gets compared to a nobleman as it symbolizes the wisdom and dignity of a scholar as it blooms into a fresh and fragrant flower without being stained by dirt.”

Due to the influence of Buddhism, lotus flowers in Korea have been widely used not only in celadons but also in temple constructions since the Goryeo Dynasty. In the Joseon Dynasty, they were widely used as an auspicious pattern on women’s clothing and accessories as the abundant seeds and the intertwined roots of the lotus symbolize the prosperity of offspring.


It’s not difficult to find artifacts featuring lotus leaves or flowers. One of the most famous paintings on display featuring a lotus flower is “Yeon,” an ink painting by renowned artist Sochi Heo Ryeon (1808-93). He is known as one of the skilled students of Korea’s historic painter Chusa Kim Jeong-hui (1786-1856).

“The ancestors wanted to have artworks and craftworks featuring such flowers for a reason as each flower has a different symbolic meaning and they really believed in it,” said Lee. 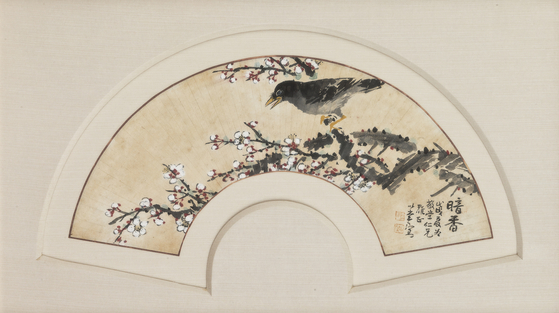 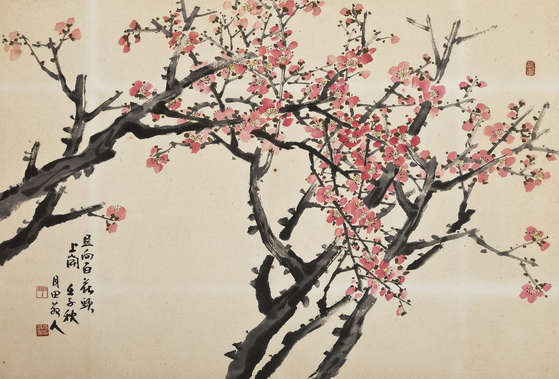 
“There is so much more to tell. For example, chrysanthemums were often used as a pattern on pottery and stationery used by men because it symbolized the innocence of a nobleman and the spirit of a scholar because it blooms gracefully and gives off a rich fragrance after overcoming the frost in late autumn. As for apricot blossoms, they were the symbol of longevity because of their blooming flowers that come every year after the trees lose all their leaves during winter."

A step-by-step guide to ogokbap

Health and cosmetics exports boom in 2020