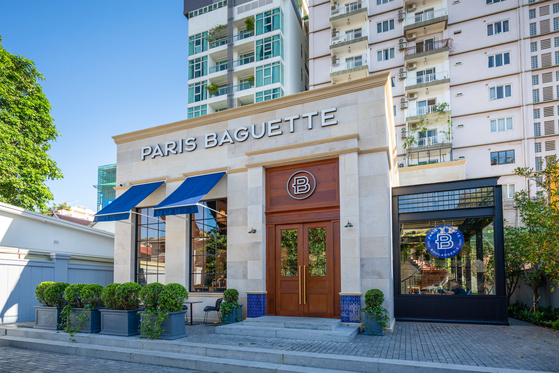 The bakery is located in Boeung Keng Kang, a commercial area in Phnom Penh, and is 390-square-meters (4,200-square-foot) in size.

The store, which was opened in partnership with Cambodia's HSC Group, will pave the way for Paris Baguette to expand its presence in Southeast Asian countries, the company said in a statement. Cambodia will be used as base from which to open more shops around the region.

Cambodia is the sixth country Paris Baguette has entered, after China, United States, France, Vietnam and Singapore. The company has been running some 430 Paris Baguette stores overseas.

“We already had a meeting with YB. Dato' Seri Mohamed Azmin Bin Ali, senior minister at Ministry of International Trade and Industry of Malaysia, who recently visited Korea regarding the construction of Halal-certified production factory in Malaysia,” said a spokesperson for the company.

The company said it aims to enter Indonesia and Middle Eastern countries in the future.

Paris Baguette is owned by Paris Croissant, which itself is 100 percent owned by Hur Young-in and his family, the controlling shareholders of KRX-listed SPC Samlip.

New ancient bread offered by SPC is rolled out