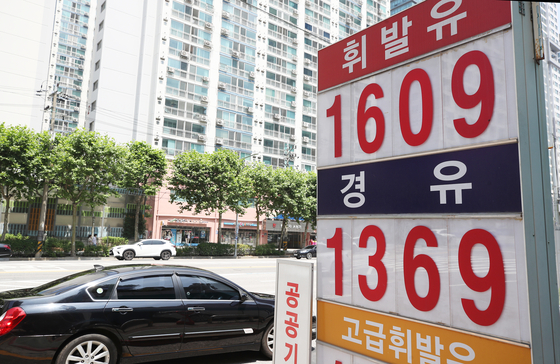 A sign at a local gas station in Seoul on Sunday shows the price of gasoline at 1,609 won ($1.44) per liter. Average gasoline prices at gas stations nationwide increased to 1,564.5 won per liter in the second week of June, up 0.7 percent from the previous week, according to data from the Korea National Oil Corporation. Gasoline prices have been on the rise for six weeks in a row. [YONHAP]