Eastar Jet now has two bids to take it over

Eastar Jet now has two bids to take it over 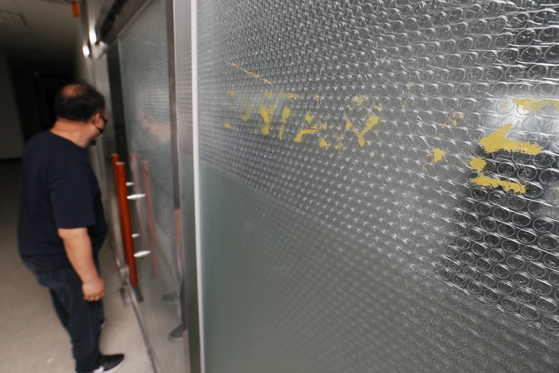 An office in the Eastar Jet headquarters in Gangseo District, western Seoul, on Monday. [NEWS1]


A consortium led by Kanglim, an equipment maker run by underwear company Ssangbangwool, was the only bidder in a Monday auction for cash-strapped budget carrier Eastar Jet.

Pan Ocean, a shipping company run by poultry producer Harim Holdings, and private equity funds that previously expressed interest in acquiring the carrier did not submit bids by 3 p.m. on Monday.

Harim Holdings “did not give up on Eastar Jet due to the price,” the company told media outlet Chosun Biz. The decision was made following “comprehensive considerations, including the size of the Eastar Jet debt and uncertainties following the acquisition.”

Ssangbangwool is expected to now compete against Sung Jung, a a property developer that was selected as a preliminary preferred buyer in early May in a stalking-horse bid process.

A stalking-horse bid is arranged in advance of an auction to act as an effective reserve bid.

Under the stalking-horse bid process, if the Ssangbangwool-led consortium has submitted a higher bid than Sung Jung, Sung Jung will be asked if it can pay the higher bidding price. If Sung Jung says yes, it gets Eastar Jet.

If the Ssangbangwool consortium wins, it will conduct due diligence of the airline for a couple of weeks before it signs a deal.

The acquisition price for Eastar Jet is expected to be at least 100 billion won ($89 million), according to local media reports.

Eastar Jet is currently in a court-led rehabilitation scheme.

Eastar Jet had difficulties in finding a buyer since last July, when budget carrier Jeju Air scrapped its plan to acquire it.

Eastar Jet suspended most of its flights inside and outside Korea after the pandemic broke out early last year.

Eastar is estimated have debt of around 200 billion won, including employees’ unpaid wages and severance pay.

Kanglim to make an offer for SsangYong Motor