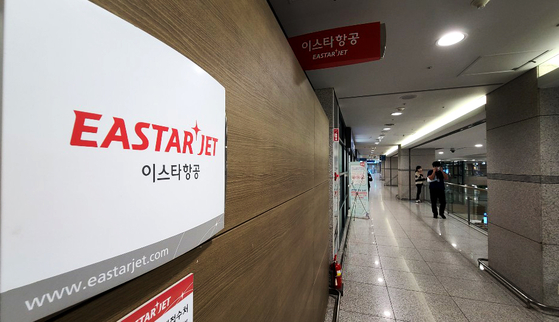 
Debt-laden Eastar Jet is laying off more than 600 employees on Wednesday, half of the remaining 1,200 workers at the budget airline.

Eastar Jet said it made the decision to reduce the size of the company to make it more sellable.

Eastar Jet was due to be acquired by low-cost carrier Jeju Air, but Jeju Air pulled out of the deal in July amid the continued Covid-19 pandemic and Eastar Jet's expanded debt.

After laying off 605 employees, Eastar Jet will be left with just 590 workers. The company plans additional layoffs in the future, ultimately keeping only 400 workers.

Eastar Jet had around 1,680 employees when it shut down operations in March.

The airline’s explanation is that it will only keep the number of workers that are necessary for the six aircrafts it owns.

Eastar Jet’s pilot union argued that employees have been laid off without having received months of overdue salary. The union says that the airline is laying off workers to make it easier for it to eventually go out of business.

Eastar Jet hasn’t been able to pay proper wages to its employees since February.

Since the acquisition deal with Jeju Air fell through, Eastar Jet has been looking for another buyer. Around four unnamed potential bidders are reported by local media to have shown an interest in acquiring the airline.