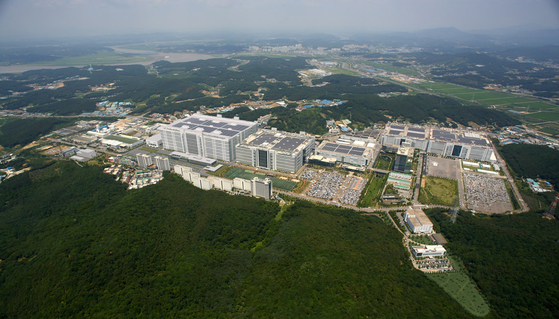 
The vaccines may save the world. They could also knock the stuffing out of the display market.

As people emerge from their Covid-19 hideouts, demand for screens is likely to drop, and this is happening as Chinese makers dominate the business and threaten to dump screens and wreck the market.

Prices are set to plummet and the earnings of the companies making the product could face challenges.

According an Omdia report on Tuesday, the average global price of 32-to-65-inch LCD panels rose between 2 and 5 percent in May compared to April.

According to market research company DSCC, the first quarter revenue of 13 LCD companies globally is estimated at $34.8 billion. That’s a 52 percent increase over the same period in 2020.

The possibility of a drop coming with the end of the pandemic brings back memories of the nightmare of two years ago, when the average price of LCD panels dropped from $143 to $100 in nine months as Chinese makers dumped product into the market.

Korean companies were losing money on even panel sold.

“Because of Covid-19, LCD panels unexpectedly became a hot item,” said an industry official, who requested anonymity. “But as more people are inoculated and spending time outdoors, TV demand is dropping, and this could result in supply exceeding demand.”

In a recent report, DSCC noted that TV demand in the U.S. has been falling as people get vaccinated.

Some Korean companies may get out of the business altogether.

At the moment, LCD production plants are operating normally, but production is not being increased and new investments are not being made.

Samsung Display CEO Choi Joo-sun said the company is currently reviewing whether to continued LCD production in an e-mail recently sent to employees in the LCD department.

Samsung Electronics is currently a major buyer of Samsung Display LCDs, accounting for roughly 20 and 30 percent of the orders.

LG Display, which initially planned to fold its LCD TV panel business by end of 2020, is currently running the production plant but without any additional investment or new equipment being installed.

Some are not so sure about history repeating itself.

“Already LCD prices when compared to a year ago have more than doubled,” said an industry insider, who wished to remain anonymous. “With China already completely dominating the market, it is unlikely they would repeat low-cost mass production similar to 2019.”

The insider said even if the LCD prices fall due to oversupply, prices would still be at an acceptable level.

“It is possible that the LCD panel price could fall between the second half of this year and through the first half of next year as demand falls,” said Kim Hyun-soo, Hana Financial Investment analyst. “But as the likelihood of Chinese companies playing a game of chicken is reduced, the prices will likely stabilize in the second half of next year.”