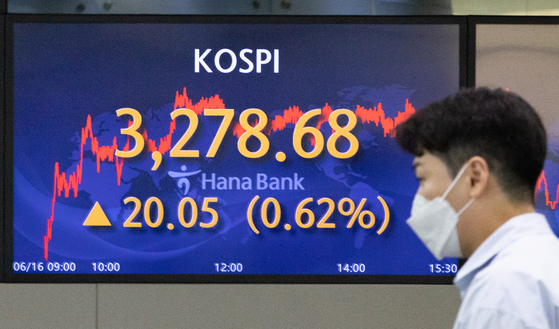 
Stocks hit a record for the third consecutive session Wednesday as investors scooped up blue-chip shares ahead of the release of the Federal Reserve's meeting results. The won fell against the dollar.

The index extended its winning streak to five sessions.

"The accelerating speed of vaccinations indicates the normalization of the economy. This may also lead to an increase in U.S.-bound exports for South Korean firms," Seo Sang-young, a researcher at Mirae Asset Securities, said.

The local currency closed at 1,117.20 won against the dollar, up 0.20 won from the previous session.