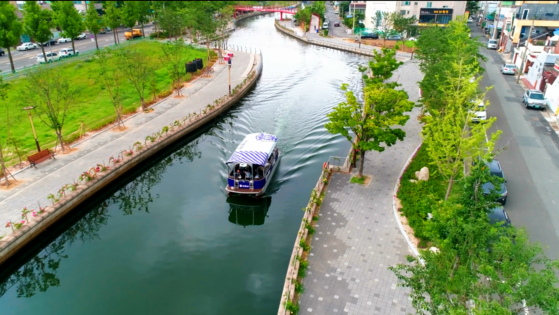 The 12-passenger vessel departed on its own, sailed 10 kilometers and docked with zero human interference. Human workers were on board in case of emergency but did not interfere, the company said.

The designated route was not easy, it added. The upper part of waterway is just 10 meters wide, while downstream near the sea, the boat had to navigate between vessels parked on both sides.

Like autonomous vehicles, the passenger boat is equipped with sensors and cameras that automatically register the surroundings including weather conditions, waves and other ships, to make sailing decisions. It also has technology to analyze the ship’s condition automatically.

Software that made the self-navigation possible was developed by Avikus, a wholly-owned subsidiary of Hyundai Heavy Industries Group. The unit started out as an HHI lab for navigation software and was spun off from its parent company in December last year.

Market research firm Acute Market Reports estimates the market for autonomous ships will grow at an annual average of 12.6 percent per year from 2020 to reach $235.7 billion in 2028.

In Wednesday’s demonstration, KT took part to test the real-time transmission of data obtained from the boat in Pohang to KT’s network control center in Gwacheon, Gyeonggi, more than 300 kilometers away. 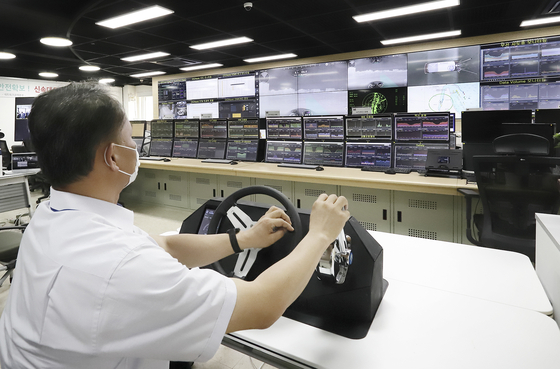 Via the 5G network, high-resolution video and data obtained from the sensors were shared. The two also tested remote controlling the boat from the Gwacheon office using the high-speed network. This is possible because 5G allows for low-latency transmission, meaning the delay between what’s happening on the boat and when the data arrives at the control center is very short.

“Even if ships operate on their own, there will need to be a control tower that gathers information and prepares for emergency situations,” said a KT spokesman. “The sea is a completely different environment from car roads given the tides, wind and other ships.”

HHI's Avikus sails itself from the marina and back, docking and all