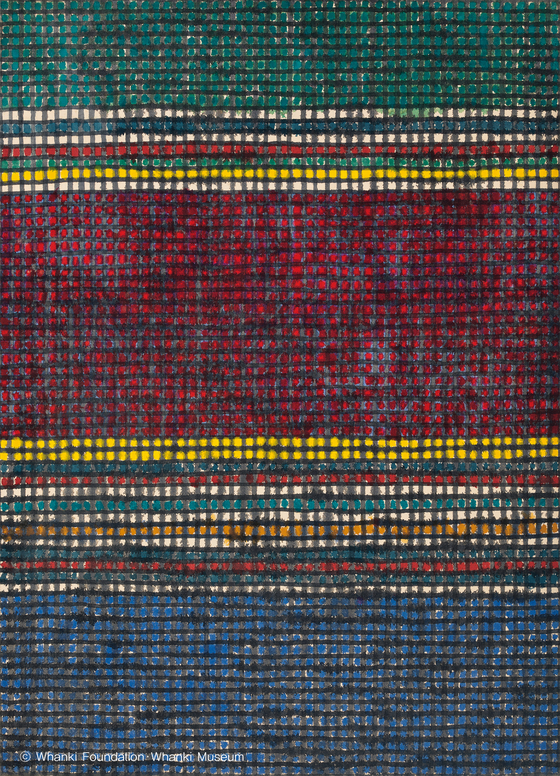 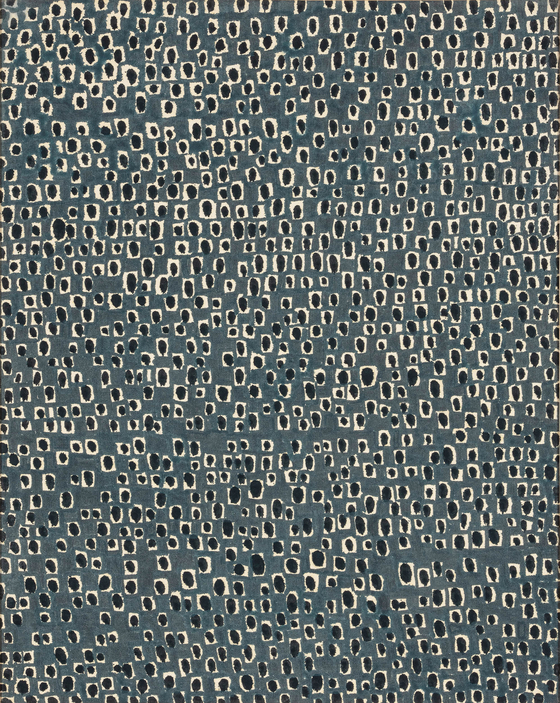 The dot paintings from Kim’s New York period were a dramatic conversion from his former painting style - half-figurative, half-abstract visualization of Korean and East Asian motifs such as white porcelain moon jars, cranes, clouds and mountains in oil of a thick texture.

Kim’s New-York-period dot paintings are filled with tens of thousands of round dots surrounded by square borders that spread across and smoothly permeate the cotton on the large canvas. The dots, reminiscent of sparkling stars, are rhythmically repeated, often giving the impression of galaxies and producing a sense of the sublime. 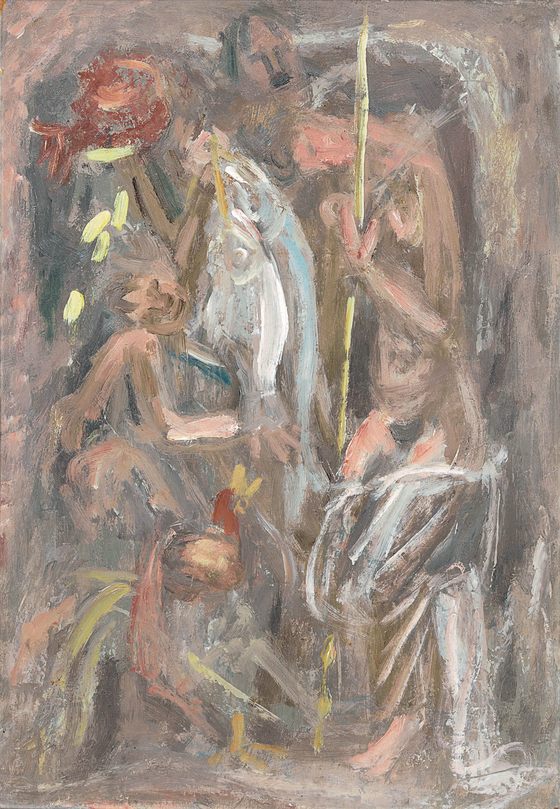 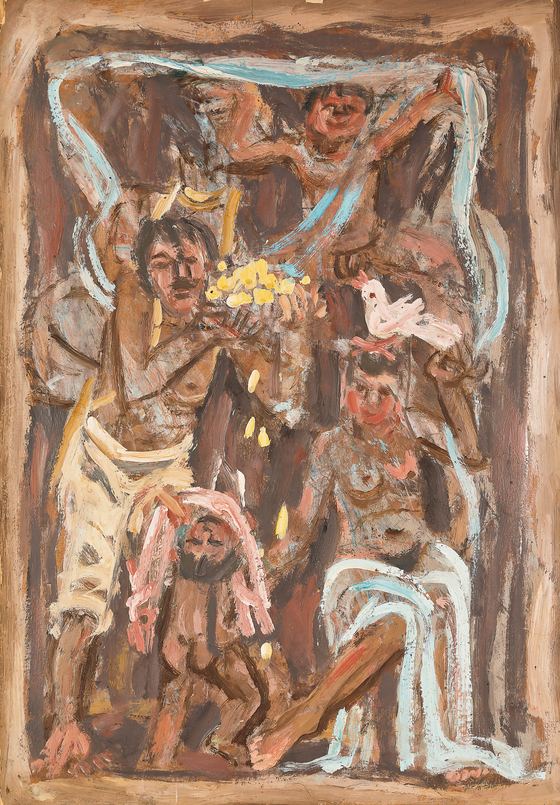 
Another highlight of the K Auction sale is ″Fish, Pomegranate and Family″(1954), a tiny painting by Lee Jung-seob (1916-1956), which is estimated to sell for 650 million won to 1.5 billion won. “Lee expressed his yearning to reunite with his beloved family in this painting,” K Auction explained in a press release. “He made his Japanese wife and children go to Japan in 1952 during the Korean War (1950-53). He temporarily reunited with the family in Japan in 1953 but returned to Korea by himself and failed to see them again before his death in 1956 [due to economic reasons].”

This tragic personal story as well as his artistic achievement have made Lee one of the best-loved Korean modern artists. Coincidentally, Seoul Auction will present a painting by Lee on a similar theme entitled “Family”(1954), which is estimated at around 1.5 billion won.

Market insiders are paying attention to the two auction houses’ sales to see whether an art market boom driven by market liquidity is continuing. A Bank of Korea report on Tuesday showed Korea's M2 money supply continued to grow in April to reach a record high of 3,363.7 trillion won. In addition, experts say art collecting by K-pop stars and the donation of the late Samsung Group Chairman Lee Kun-hee’s art collection to national museums have boosted the public’s interest in art collecting.