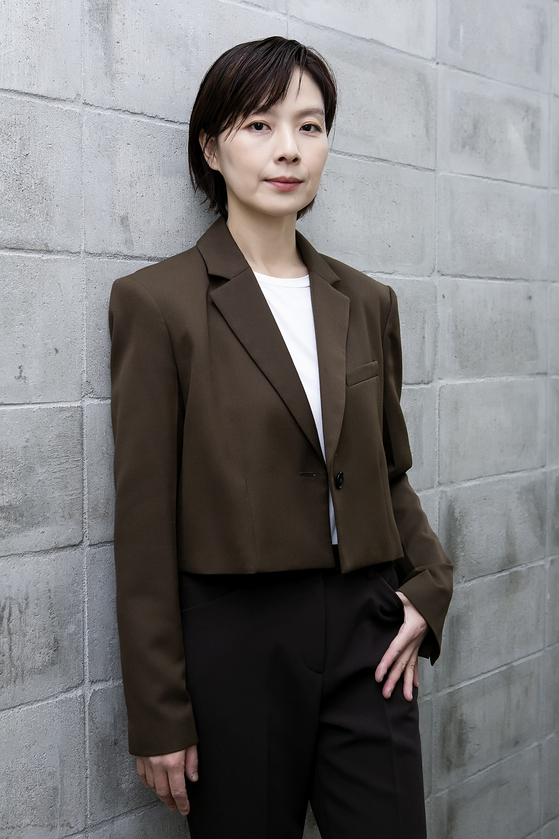 
The animated feature film “Climbing” can be traced to a very personal experience by director Kim Hye-mi.

The protagonist of “Climbing” is Se-hyeon, a professional climber, who is edgy as she prepares for the Climbing World Championship. Se-hyeon had a miscarriage after a car accident, but has put this out of her mind as she focuses on the competition ahead of her -- which she wants to win.

In a parallel universe, however, Se-hyeon is still pregnant and stuck at her mother-in-law’s home in the countryside. The two Se-hyeons somehow become connected via a phone call. Strange things start to happen as Se-hyeon's parallel universe begins to affect her real life. 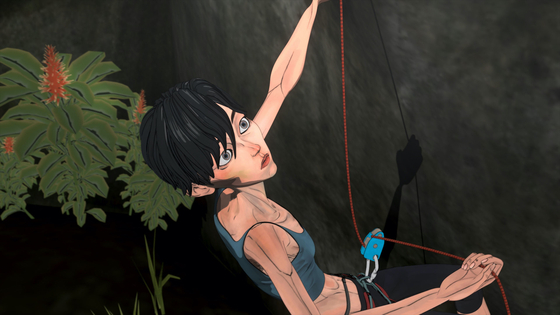 In "Climbing," professional climber Se-hyeon's sole focus is to come out at the top of the Climbing World Championship. [KAFA]


In the film, Se-hyeon is mostly bewildered and confused by her unwanted pregnancy, the very emotions Kim felt when she was pregnant.

“I think I always had this image that pregnancy was somehow sacred and a blessing,” Kim said in an interview with the Korea JoongAng Daily Friday at a café in Samcheong-dong, central Seoul.

“But there were a lot of physical changes that I felt weren’t pleasant at all. I felt I was in a trance—my body felt heavy, I was sleepy and I would frequently have morning sicknesses. It's not like once I become pregnant, I naturally became a mother.  That’s when I realized a lot of stereotypes about pregnancy and maternity weren't accurate, and what I wanted to discuss with the audience through the film was the less-than-positive mindset and emotional turmoil that I felt during pregnancy.”

When Kim was pregnant, she had difficulty adjusting to her body's changes and struggled to balance work and motherhood. But what bothered her the most was a sudden weight of responsibility she felt for a child she hadn't even met yet.


In writing the screenplay, Kim made Se-hyeon a professional athlete to give her a special relationship to her body and its changes. There is no one Se-hyeon can turn to for help or confide in about her bizarre experience, which derived from Kim's own feelings.

“What I realized was that it's very difficult to fully understand someone,” Kim said. “I’m not saying this in a negative way or that it’s sad. There are, evidently parts about yourself that no one else will really get, and although people who care about you try to be nice or considerate, it doesn’t always reach you in a way they intended to be.” 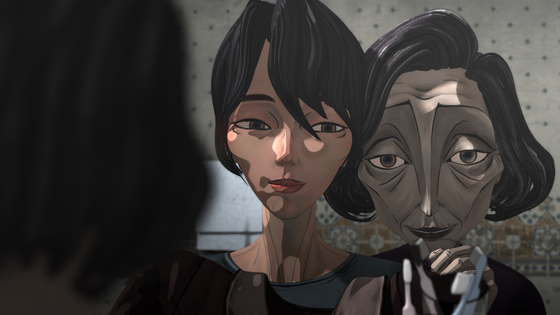 Pregnant Se-hyeon, left, and her soon-to-be mother-in-law as she takes care of Se-hyeon in her home until childbirth. [KAFA]


“Climbing” came out of Kim’s graduation project from the Korean Academy of Film Arts (KAFA), which was established by the Korean Film Council in 1984 to train film professionals in three majors: film directing, animation and cinematography. The school annually supports a few graduates to make their feature debuts. Kim started to write her script in 2017.


Writing and developing her own story required purposefulness and determination, Kim learned.

“I’ve gotten some feedback that it was hard to understand how climber Se-hyeon is so strongly influenced by pregnant Se-hyeon from the parallel universe,” Kim said. “What I originally wanted to focus on is the anxiety that pregnancy brings and the inner changes, which is why I introduced the concept of a parallel universe. I don’t think a parallel universe is such a bizarre idea that I need to explain what it’s about — the audience had plenty of experience beforehand and can understand it for themselves, I think. That’s why I just jumped straight into the story without any explanation, because I thought they’d get the story on their own. 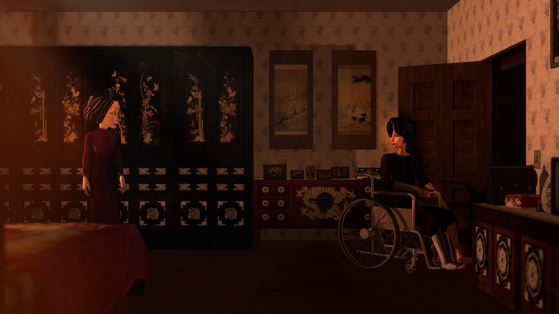 Pregnant Se-hyeon begins to doubt her mother-in-law as she continues to lie about the whereabouts of her boyfriend.[KAFA]


“But I kept doubting myself, even as I was editing the film,” she continued. “I didn’t know if I was headed in the right direction, and the hardest part was that I had no one to turn to for advice. They were decisions that I had to break through with, and ultimately become sure about them after countless deliberations.”

Aside from telling her own personal story, Kim also wanted to experiment with the animation process.

“I knew there would definitely be limits in creating an independent animated film, but I didn't want to necessarily elevate people's expectations by trying to imitate high-quality  animations that we're so familiar with, like works of Pixar. I wanted my characters to be more distinct, and the artwork to be on par with the theme of the story.”

Kim emphasized that pregnancy wasn't a negative experience for her, but she wanted to explore the complications felt by all pregnant women.

“If pregnancy is considered to be the light, and all the other factors surrounding it are the darkness, I think we will learn to appreciate the presence of light even more when we really look inside that darkness,” Kim said. “Of course there are a variety of worries and anxieties that follow in this massive change of becoming a mother, but I think that is how I came to accept my role and grow into it without resistance. The worries were, I guess, a mandatory part of this process, and that led me to open doors into other issues and problems outside of me. Since I fully expressed them all in ‘Climbing,’ I would like to move on to the next step. Whether it is a commercial or independent film, I would like to create a variety of stories that are about more than just me.”

The film is playing theaters nationwide. It is also competing at the 45th Annecy International Animated Film Festival, which runs through Saturday.