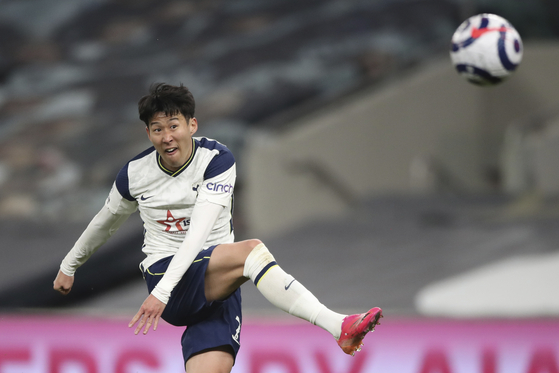 
Tottenham Hotspur forward Son Heung-min looks set to sign a new deal with the London club, likely putting to bed rumors that he might be looking for a way out like long-time teammate Harry Kane.

Italian journalist and football transfers expert Fabrizio Romano last week reported that Son is close to signing a huge new deal with Tottenham, the result of negotiations that have been ongoing since December. According to Romano, all sides are now happy with the agreement, which will give Son a big salary boost and extend his contract.

The new deal for Son, who is actually still under contract with Tottenham until 2023, doesn't come as a surprise. Rumors that Spurs were planning to offer the Korean starter, who started on blistering form in the 2020-21 season, a significantly higher contract have been circulating since October last year.

The Korean striker changed his representatives to CAA at the end of last year. CAA also represents teammate Deli Alli and former manager Jose Mourinho, and is said to have a good relationship with the Spurs' board.

The delay in signing the new contract could be due to Covid-19. With the financial uncertainties created by the pandemic and the image issues of a player signing a multi-million pound deal during a time of such economic hardship, Spurs may have opted to wait for the summer before finalizing a new deal for Son.

That wait appears to be over. Spurs last week paid back a £175 million loan from the Bank of England, freeing them to sign a new deal with Son.

The money borrowed from the Bank of England was part of a low-interest Covid Corporate Financing Facility loan offered at the start of the pandemic.

When Tottenham took the loan, which was re-drawn in March this year, the club said the money would not be used for player acquisitions. Spurs have stayed true to their word and haven't agreed any big contracts since the loan was taken out.

Last month, Spurs raised £250 million through the sale of U.S. private placements, allowing them to pay off the Bank of England loan and providing funds to help sign a new manager, beef up Son's contract and maybe even keep hold of Kane.

With the Bank of England loan now fully paid off, Tottenham are free to pursue any deal they want to. According to Romano, Son's contract is already on the table, but that isn't the only deal the club need to sign.

Spurs are still without a manager for the 2021-22 season. While a number of big names have been linked to the club — former manager Mauricio Pochettino and Inter Milan boss Antonio Conte were both options at one point — every deal so far has fallen through.

Tottenham last week seemed to be on the edge of signing former Roma manager Paulo Fonseca — which would have essentially set up an unintentional job swap with Mourinho, who is now at Roma — but that deal appears to have collapsed due to tax issues.

Manager isn't the only position that Tottenham may have to urgently fill. The club potentially faces a crisis in the offseason, as Kane has made it clear that he is looking to leave Spurs and move to a team that has a better chance of bringing home some silverware.