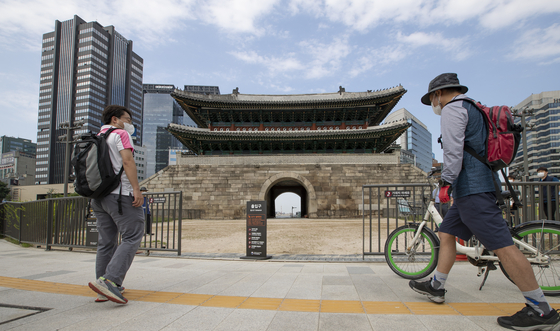 The back entrance to Sungnyemun Gate in central Seoul opened to the public for the first time Tuesday since Korea’s National Treasure No. 1 was burned down in 2008.

Despite the reopening of the gate, also known as Namdaemun, after a reconstruction in 2013, the back entrance remained locked for safety reasons, according to the Cultural Heritage Administration. It decided to open it to allow easier access for people who frequently travel between Namdaemun Market and Seoul Station. The gate will be closed between 6 p.m. and 9 a.m. [IM HYUN-DONG]

Accident at the shrine